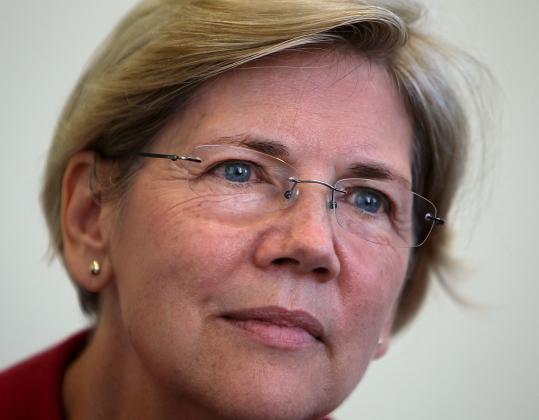 The Massachusetts Republican Party has asked Harvard University to reconsider paying Elizabeth Warren a salary while the law school professor runs for US Senate.

“By restoring her to the faculty, even though she has now formed a federal election committee and is actively campaigning, the university is establishing a bad precedent for academic appointments,’’ Nate Little, executive director of the state GOP, wrote in a letter to Harvard President Drew Gilpin Faust.

“Of equal concern is that Harvard runs the risk of jeopardizing its tax-exempt status. As a nonprofit charitable institution, Harvard is prohibited from taking a position on behalf of or in opposition to a candidate. Your payment of a salary to Professor Warren causes reasonable-minded people to conclude that Harvard is supportive of her candidacy,’’ Little wrote.

Warren is teaching only one class, contract law, twice a week this fall. Records show she was paid $350,000, plus $182,000 in royalties and consulting fees, before she took leave a year ago to establish the Consumer Financial Protection Bureau on behalf of the Obama administration.

Harvard officials had no direct comment yesterday but a spokesman pointed to a university policy that outlines the legal requirements for faculty and staff who seek political office.

That policy states: “Participation by other faculty and staff is appropriate so long as the statements and acts are not given ‘within the context of their employment’ at Harvard or with Harvard’s ‘real or apparent authorization.’ ’’

Warren announced last week that she would join the six-member field competing for next year’s Democratic Senate nomination. The Republican incumbent, Scott Brown, is seeking reelection in November 2012 after winning a special election in January 2010 to replace the late Senator Edward M. Kennedy.

The Globe reported yesterday that Warren is one of the first Harvard professors to run for elective office in years. Though others often bounce in and out of the faculty while serving as political advisers, Warren plans to carry out both tasks simultaneously.

Harvard’s guide for political activities also states: “Like any institution, Harvard does not itself act or participate in any sort of activity, except through its employees. In recognition of that fact, the law distinguishes between acts of political participation freely undertaken by university faculty and staff in their individual capacities - that is, acts that the First Amendment to the US Constitution may fairly be attributed to the university.’’

In an e-mail last night, Warren spokesman Kyle Sullivan said, “Elizabeth has always loved teaching, dating back to her days as an elementary school teacher. She takes her responsibilities to her students and the university seriously and she will fulfill her commitments in line with all relevant policies.’’

During last year’s special election, Brown continued to accept his taxpayer financed salary as a state senator. He has not expressed any plans to give up his federal salary while running for reelection to the US Senate.

Mitt Romney, the last Republican to serve as governor, was a multimillionaire who eschewed the traditional governor’s salary.

But in 2006, the last full year Romney was in office, he spent all or part of over 200 days outside Massachusetts, in large part as he laid the groundwork for his first presidential campaign.