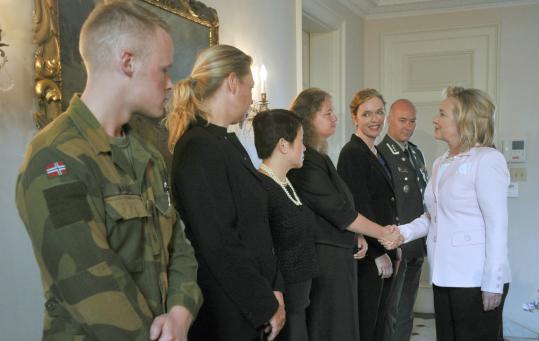 WASHINGTON - The Army Corps of Engineers overpaid war insurance premiums by at least $10 million to a unit of because contract officers failed to negotiate better prices, according to a new audit.

The overpayments stemmed from a combination of lax oversight and CNA paperwork that was “not always complete, accurate, or current,’’ the acting special inspector general for Afghanistan reconstruction, Herb Richardson, said in an audit released yesterday.

“We identified significant problems with the insurance program’’ and “the Corps agreed to higher premium rates than were provided for under the company’s definition of ‘loss ratio,’ ’’ Richardson wrote. The “loss ratio’’ in insurance parlance is defined as incurred losses divided by earned premiums. The higher the ratio, the more CNA could charge.

Auditors also concluded “some trends in CNA reserve data, as well as its most recent loss and premium reports, raise questions about actual loss experience’’ that Pentagon-paid premiums were based on.

The review is the latest report to illuminate the workings and alleged deficiencies - such as excessive premiums and late or non-payments to survivors - of a little-known system intended to pay death and injury benefits to war-zone workers. These issues have been raised in reporting by the Army Audit Agency, the Government Accountability Office, and the ProPublica nonprofit news group.

US and foreign contractors, under the 1941 Defense Base Act, are required to take out death and injury insurance for all US employees and subcontractors doing business overseas.

The government reimburses companies for the premiums. In many cases, if the injury or death is war-related, insurers also will be reimbursed as well for the full cost of benefits, plus 15 percent in administrative fees.

The Pentagon and the Labor Department are both responsible for overseeing the war insurance program that has seen claims surge since the invasions of Afghanistan and Iraq. As of December, the number of Defense Base Act cases in Afghanistan had reached 10,600.

The number of Defense Base Act cases paid worldwide have climbed to 14,863 in 2009 from 309 in 2000, according to Labor Department figures cited by Richardson.

The audit focused on payments to Continental Insurance Co. between 2006 and 2009 when it received $225 million in premiums.

CNA spokeswoman Katrina Parker said in an e-mail “the program was appropriately priced and CNA acted transparently and in good faith in our dealings with the Corps.’’ Bloomberg provided CNA portions of the report.

“CNA did not receive any premiums in excess of amounts to which it was entitled under the contract,’’ she said.

Illinois lawmaker owes $117,437, ex-wife says CHICAGO - Representative Joe Walsh of Illinois, the Tea Party-backed Republican who squeaked into office last year by vowing to bring fiscal responsibility to Washington and who has been one of President Obama’s most outspoken critics during the standoff over the debt ceiling, is being sued for more than $100,000 in unpaid child support, a newspaper reported.

The freshman congressman’s ex-wife, Laura Walsh, filed the claim against him in December as part of their divorce case, saying he owed $117,437 to her and their three children, the Chicago Sun-Times reported Wednesday.

She contends that Walsh loaned his own campaign $35,000 and took international vacations but said he could not afford child support payments because he was between jobs or out of work.

“Joe personally loaned his campaign $35,000, which, given that he failed to make any child support payments to Laura because he ‘had no money’ is surprising,’’ Laura Walsh’s attorneys wrote in the motion. “Joe has paid himself back at least $14,200 for the loans he gave himself.’’

Walsh, in a statement, characterized the story as a political “hit piece.’’

He suggested it was no accident that the paper would run the story about a marriage that ended eight years ago and a court case filed nearly eight months ago just as lawmakers are in the middle of contentious debate over the debt ceiling.

“I am the tip of the spear in this current debate, and I will be attacked,’’ he wrote in a statement issued yesterday morning.

Walsh, whose campaign was marked by allegations of financial mismanagement, said he thought he and his ex-wife were coming to an agreement on the money owed, according to a February court filing.

And in the statement, he said he has been “trying to resolve this issue since January in a court of law.’’

The statement does not include any mention of the report that he owed $117,437, saying only that he has “always given everything I have to meet my financial obligations to my children.’’

Nor does Walsh, whose website includes a video in which he accuses Obama of spending money “like a drunken sailor for three years,’’ address allegations made by his ex-wife that at the time Walsh was not keeping up with his child support he took two international vacations with his girlfriend.

Walsh’s attorney, R. Steven Polachek, denied that the congressman owed $117,437 in back child support and interest and said the amount was much less.