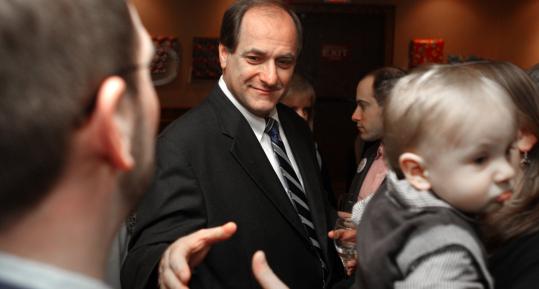 SOMERVILLE - They came out in force for the native son, even if they couldn’t close the gap.

While he failed to win the Democratic nomination for the US Senate in Tuesday’s primary, US Representative Michael Capuano cleaned up in the city, easily winning all seven wards plus plaudits from constituents who remembered his tenure as an alderman and mayor.

In fact, a Globe reporter couldn’t find a single voter backing anyone else during visits to a pair of polling stations on Tuesday, at the Dilboy VFW Hall and Somerville High School.

“Michael,’’ Collette said when asked who she voted for. “He was great as the mayor of Somerville; he has a big heart.’’

Susan Mackey, another lifelong resident, also spoke of the congressman as if he was a personal friend.

“Mike,’’ she said when asked how she voted. “I’ve known him since his time as mayor.’’

Like Mackey, most of the city’s primary voters apparently have fond memories of Capuano’s time in the corner office.

He captured 8,058 votes in Somerville, according to unofficial results released by the city. Attorney General Martha Coakley - who won the nomination - finished second with 2,493 votes.

Capuano had at least 1,000 votes in five of the seven wards.

At Somerville High School, 25-year resident Paul Tracy cited Capuano’s performance in Washington as the reason for choosing him.

“He is the very best,’’ Tracy said. “He’s very knowledgeable of the legislative process, and he’s very hard-working.’’

For Mary Frye, a Capuano voter who has lived in the city for more than 50 years, it came down to a gut feeling.

Some other primary facts:

■Somerville Republicans - they’re out there somewhere - chose state Senator Scott Brown over Jack E. Robinson, by a vote of 454-84.

■The Ron Paul Revolution has a small following in town. Records show that 13 voters wrote in candidates in the Libertarian primary.