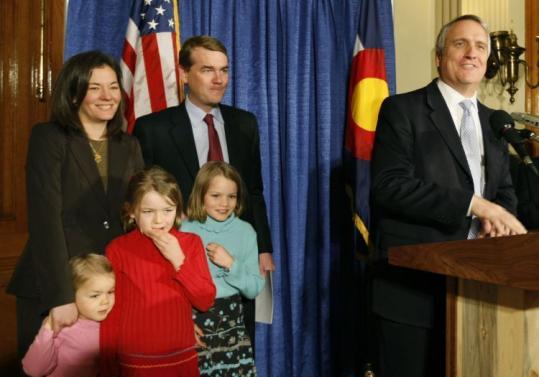 CHICAGO - Barack Obama and congressional Democrats are considering major expansions of government-assisted healthcare insurance and unemployment compensation as they begin intensive work this week on a 2-year economic recovery package.

One proposal, as described by Democratic advisers, would extend unemployment compensation to part-time workers, an idea that congressional Republicans have blocked in the past. Other policy changes would subsidize employers' expenses for temporarily continuing health insurance coverage to laid-off and retired workers and their dependents, as mandated under a 22-year-old federal law known as COBRA, and allow workers who lose jobs that did not come with insurance benefits to be eligible, for the first time, to apply for Medicaid coverage.

The proposals indicate the sorts of potentially long-range changes that Obama intends to push in his promised American Recovery and Reinvestment Plan, as he named it in his weekly Saturday address on the radio and YouTube. They will be combined with one-time measures that are more typical of federal stimulus packages to jump-start a weak economy, like spending for roads and other job-creating public works projects.

The House is not expected to vote until next week at the earliest, which probably will push final action into February, Democratic aides said.

Obama advisers have said the package would carry a total cost of at least $775 billion. They concede that it is likely to grow in Congress, but both Obama and congressional leaders are intent on keeping the price tag below the politically charged figure of $1 trillion.

Lucio Guerrero, spokesman for Governor Rod Blagojevich, said he didn't know firsthand which candidates the Nevada Democrat supported during the call, but said he knows Reid's candidates did not include Roland Burris, the man the governor recently picked for Obama's seat.

Senate leaders have vowed to oppose the appointment of Burris.

"I think the governor believes there is a conflict of interest - that Reid showed he has a horse in the race and Roland Burris wasn't one of them," Guerrero said.

In an e-mail to the Associated Press, Reid spokesman Jim Manley confirmed that the majority leader called Blagojevich on Dec. 3, six days before the governor's arrest on federal corruption charges, to talk about the vacancy.

Denver's school chief picked to fill Senate seat
DENVER - Governor Bill Ritter of Colorado yesterday named Denver's public school superintendent as his choice to fill a Senate vacancy that will be created by the promotion of Senator Ken Salazar to interior secretary in the Obama administration.

The move surprised many Republicans and Democrats, who considered School Superintendent Michael Bennet a dark horse candidate for the Senate spot because of his lack of legislative experience. He has never campaigned for or held public office.

Bennet had been mentioned as a possible choice for education secretary, but Obama chose Arne Duncan, 44, chief executive officer of Chicago public schools for the Cabinet post.

Salazar's nomination to head the Interior Department will be considered by the Senate.

Ritter praised Bennet as a proven leader and problem-solver in the both public and private sectors.

After months of speculation over his plans, McAuliffe announced his intentions in a video posted on his website. McAuliffe said he will make his intention to run official on Wednesday as part of a week-long campaign kickoff.

In November, the 51-year-old established his campaign committee, Friends of Terry McAuliffe, with the State Board of Elections, secured the services of strategist Mike Henry and began touring Virginia, but had not made his candidacy certain.

McAuliffe faces two other Democrats who have been active for nearly a year in an already contentious nomination fight to succeed Democratic Governor Timothy M. Kaine.