Elena Kagan was sworn in as the 112th Supreme Court justice today. She is the fourth woman to serve on the court and the first justice in four decades without prior judicial experience. Kagan was joined by family and friends as she pledged to faithfully and impartially uphold the law.

Here is a brief look at Kagan's background.

Counselor to the Chief Justice Jeffrey Minear held the bible as Elena Kagan, 50, was sworn in at the US Supreme Court. 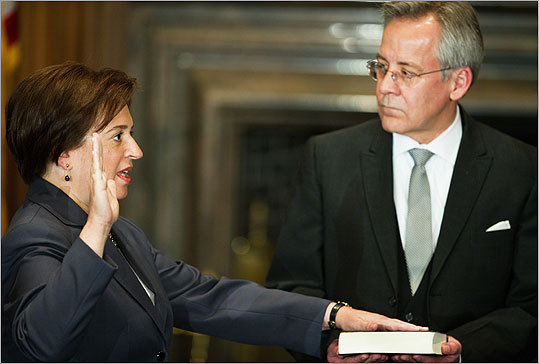