Kerry is a target of lobbying effort 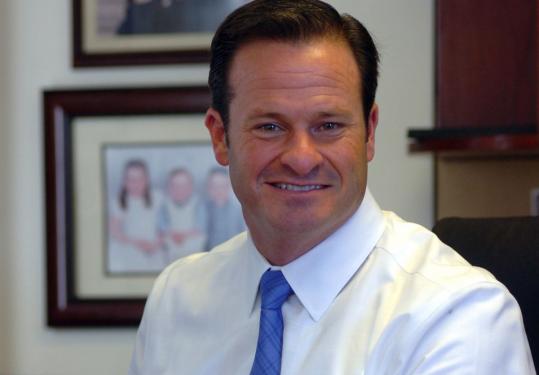 “How could anyone in Massachusetts vote against the biotech industry?” said Robert Coughlin of the Massachusetts Biotechnology Council.
By Tracy Jan Globe Staff / June 27, 2011

WASHINGTON — Robert Coughlin faced a busy agenda recently when he landed in Washington. He and a team of Massachusetts life sciences executives attended an evening fund-raiser for Senator John F. Kerry. The next day, he pressed his case to Kerry’s staff members. Coughlin’s objective: get the Massachusetts Democrat to help torpedo a new government panel designed to reduce Medicare costs.

Coughlin, president and chief executive of the Massachusetts Biotechnology Council, is part of an army of health care industry representatives from Massachusetts and around the country who want to block creation of the Independent Payment Advisory Board, a key piece of President Obama’s health care overhaul law.

The board is designed to target wasteful and inefficient Medicare spending, and advocates say it will help rein in the federal government’s massive health care budget. But the board, which could begin work as early as 2013, is seen by industry executives as a threat to profits.

They say it would stifle innovation and dent Boston’s economy, which relies heavily on biotech companies, medical device firms, and research hospitals. Executives also contend that it will create barriers to treatments and that patients will suffer.

Coughlin, a former Bay State legislator and economic development official, maintains that Kerry and the rest of the delegation have a home-state interest in protecting biotech’s needs. “You wouldn’t see congressmen in Florida voting against the orange industry,’’ Coughlin said during an interview in Washington earlier this month. “How could anyone in Massachusetts vote against the biotech industry?’’

But so far Kerry, a staunch supporter of the 2010 health care overhaul, has not signed on to oppose the independent advisory board — also known as IPAB — even though he has been, as Coughlin notes, generally supportive of the biotech industry.

Kerry’s reasoning? “If we’re going to protect taxpayers and control costs, it seems a little bonkers to eliminate something the experts say is our best hope of doing that before we even have a chance to evaluate it,’’ said Whitney Smith, a Kerry spokeswoman. That said, Kerry is open to making improvements to the board, Smith said.

The health care overhaul law specifically bars the board from proposing changes that would ration care or restrict benefits for the elderly. It can recommend reduced payments for prescription drugs, certain new treatments whose effectiveness has not been fully proven, and reimbursements to doctors and other health care providers.

Many health care economists and other supporters of Obama’s law say Congress has not stemmed rising Medicare costs, estimated at $519 billion in 2010, because politicians have been too easily swayed by special interest groups. The independent advisory panel, they said, would limit the impact lobbyists have on lawmakers.

“You’ve got special interest groups feeling threatened by the Independent Payment Advisory Board because it would in fact impact their ability to influence members of Congress, especially with respect to payment issues,’’ said Alan Cohen, a professor of health policy and management at the Boston University School of Management who heads its Health Policy Institute. “This is a huge fight. What it comes down to is power and their pocketbooks. They are fighting to hold on to a system that has worked for them for decades.’’

Nearly 80 economists and other academics, including Cohen and two dozen colleagues from Harvard, Boston University, and other Massachusetts universities, wrote a letter to House and Senate leaders last month urging Congress to not only keep the panel but to strengthen it. The panel, they wrote, “will force debate on difficult choices that Congress has not thus far addressed.’’

Obama has yet to appoint anyone to the 15-member board, but he recently proposed giving it even more teeth.

As the battle heats up, groups representing Massachusetts doctors, hospitals, and medical devices are shuttling to Washington, peppering elected officials with talking points and position papers that rail against the panel.

“Our concern is that if you are reducing reimbursements for medical products, then you’re obviously cutting into the profits of medical device companies,’’ said Thomas Sommer, president of the Massachusetts Medical Device Industry Council. “Like other tech-based industries, we plow a high percentage of our profits into research and development for new innovative medical products.’’

Industry lobbyists have won over Senator Scott Brown who this month signed on to a Republican Senate bill repealing the board.

Representative Michael Capuano of Somerville, a Democrat, is also backing a repeal. Capuano, whose congressional district contains more biotechnology companies than any other in the country, cosponsored the House bill calling for repeal.

“If bureaucrats start making major policy changes without congressional input, there will be all kinds of screaming,’’ said Capuano, who was the first Democrat to sign on to legislation that would repeal the board.

The overriding sentiment among the panel’s critics, Capuano said, is fear of the unknown.

“Hypothetically, this could destroy the Massachusetts health care economy,’’ said Capuano. “A small tweak could literally mean hundreds of billions of dollars going from Massachusetts to some other state.’’

That argument doesn’t surprise John Rother, executive vice president of policy and strategy at AARP. The powerful lobbying group for the elderly views the advisory board as crucial to holding down Medicare costs. “The whole rationale for IPAB is to do an end run around the lobbying power of certain health industries, so obviously they are trying to protect their turf,’’ said Rother. “It’s so easy to scare old people but hopefully, people can see the motivations.’’

Insurance executives support the board’s mission. Health care costs 50 to 60 percent more in the United States than in any other industrialized country because of high payments to doctors, hospitals, and pharmaceutical companies, said James Roosevelt Jr. president and chief executive of Tufts Health Plan, the third-largest health insurance plan in Massachusetts at nearly 800,000 members.

Leaders of some physician groups say that while they are concerned about shrinking reimbursements, their stance against the panel is about more than the bottom line.

“As you cut compensation to physicians even further, there is concern that it will be harder for patients to gain access,’’ said Dr. Chris Chiodo, an orthopedic surgeon at Brigham and Women’s Hospital and past president of the Massachusetts Orthopedic Association. “As Medicare tightens the thumbscrews on the docs more and more, it’s a much more difficult environment to practice in.’’

The Massachusetts Medical Society, while supportive of the overall health care reform law, is concerned that the panel could also limit patient access to expensive, life-saving new technologies, procedures, and medicines, in addition to cutting reimbursements to doctors, said Dr. Lynda Young, president of the group.

Tom Mathers, chairman and chief executive of Declion, a Boxford-based pharmaceutical company, said the panel’s power to set reimbursement rates would be “onerous’’ for the industry because it would stifle innovation. He and two dozen other Massachusetts biotech executives descended upon Capitol Hill last month and broke into what Mathers called “SWAT teams to visit members of Congress.’’

He added: “If you are really serious about this segment of the economy, one so important for job creation, especially in Massachusetts, IPAB is a bad idea.’’