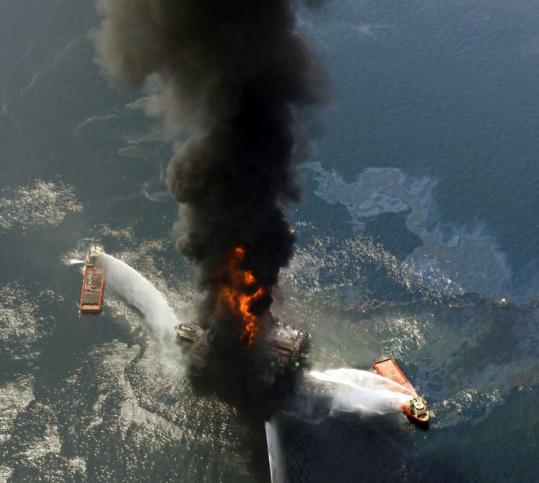 WASHINGTON — A single picture from a cellphone camera may have saved the Gulf of Mexico from a few more weeks — if not months — of oil gushing from the well.

A new study from the US presidential oil spill commission describes the excruciating behind-the-scenes tension and mistakes behind the three-month effort to cap the busted well. New details include the story of a lone scientist working from a cellphone photo who saved the day by convincing the government that a cap it considered removing was actually working as designed.

The cap that eventually stopped the oil from flowing was almost pulled a day or so after it was installed in mid-July because pressure readings looked so low that they indicated a leak elsewhere in the system.

BP wanted the cap to remain and the well to stay shut, but government science advisers were firm and near unanimous in wanting the cap removed because of fear of a bigger, more catastrophic spill, the report said.

One scientist took a cellphone picture and e-mailed it to a government researcher in California for advice.

Using that photo, Paul Hsieh, a US Geological Survey scientist, created a model for what was happening under the cap. He was convinced that the containment cap wouldn’t blow. He got more data, which bolstered his case. He persuaded the other scientists to wait a bit.

The government waited six hours, then a day. Nothing happened. The cap held.

Hsieh turned out to be right. He said he was “flattered that I was portrayed well,’’ but said others — including Energy Secretary Steven Chu, who headed the scientific team — deserve the credit.

The picture Hsieh examined was “a game changer,’’ said Bob Bea, a University of California at Berkeley professor who analyzed the report. “It also shows how in disarray we were,’’ Bea said.

Before the cap was put in place, officials had established pressure levels that would tell them whether everything was OK or there was trouble; whether the cap had to be removed immediately, or whether it was a wait-and-see situation.

The pressure readings were in the wait-and-see zone, but political appointees discussed it further and there was a push to remove the cap. Coast Guard Admiral Kevin Cook urged officials to give the cap more time; then Hsieh’s analysis swayed them.

To Paul Fischbeck, a professor of decision science and engineering at Carnegie Mellon University, this part of the report was scary.

“It became a political decision that they didn’t want to risk having this big blowout,’’ said Fischbeck, who wasn’t part of the commission.

“You set up a logical reasonable process,’’ he said, “and in the heat of the moment all these factors creep in and it pulls you off what you had logically decided to do. And that is very dangerous when it happens.’’

Yesterday’s draft report said some BP attempts to stop the gusher — especially the efforts dubbed Top Kill and Junk Shot — probably were doomed from the start.

That’s because BP had underestimated how much oil was spilling. Both BP and the government were unprepared for capping a blowout well and cleaning up the mess it makes, the report said.

But given how unprepared they were, both BP and the government reacted quickly and impressively, the report said: “BP’s efforts to develop multiple source control options simultaneously were Herculean.’’

“It was a marvelous experience in logistics,’’ said Bea, who wasn’t part of the spill commission.