Use of recess appointment riles the GOP 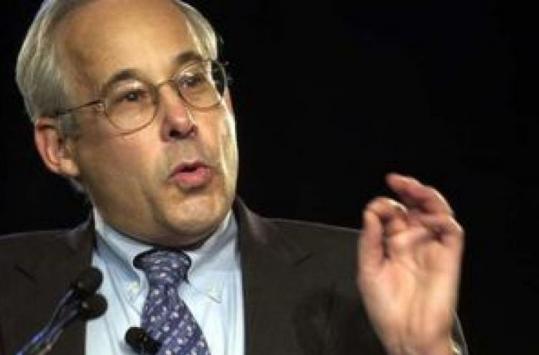 The recess appointment to the Centers for Medicare and Medicaid Services means Obama won’t have to subject his nominee to promised Republican grilling of Berwick in nomination hearings, because appointments made during official congressional breaks do not require a vote. The agency has not had a permanent director since 2006.

“Many Republicans in Congress have made it clear in recent weeks that they were going to stall the nomination as long as they could, solely to score political points. But with the agency facing new responsibilities to protect seniors’ care under the Affordable Care Act, there’s no time to waste with Washington game-playing,’’ Dan Pfeiffer, White House communications director, wrote on his blog last night.

Berwick is a Harvard Medical School professor and president of the Institute for Health Care Improvement. He is widely respected by veteran policy officials across the political spectrum, analysts largely agree.

But Republican foes, who had been planning for months to wage an attack on Berwick and, by extension, the health care overhaul, were outraged. Seizing on some of Berwick’s writings, they were preparing to question him on what they called his support for “rationing’’ health care and his admiration of Britain’s National Institute for Health and Clinical Excellence, which Republicans deride as overly bureaucratic.

“This recess appointment is an insult to the American people,’’ Senator John Barrasso, a Wyoming Republican, said. “Dr. Berwick is a self-professed supporter of rationing health care, and he won’t even have to explain his views to the American people in a hearing. Once again, President Obama has made a mockery of his pledge to be accountable and transparent.’’

And Senator Pat Roberts, Republican of Kansas, added: “Once again, the Obama administration is going behind closed doors out of fear the American people will learn that Dr. Berwick plans to use rationing as a cost-cutting tool to achieve the billions of dollars in cuts to Medicare called for in the health care reform bill.’’

Democratic supporters said the accusations were unfounded and politically motivated.

Senator John F. Kerry, Democrat of Massachusetts and a strong proponent of the Bay State nominee, said last night that he was delighted.

“Republican lockstep stalling of Don’s nomination was a case study in cynicism and one awful example of how not to govern,’’ Kerry said in a statement. “When these federal programs were in trouble, they denied the administration the capable guy the president had chosen to oversee them. The president did the right thing making this a recess appointment.’’

While recess appointments are relatively rare, and almost always controversial, the move will help the administration to begin implementing the sweeping health care law Obama signed in March with the president’s pick at the helm of Medicare. It also avoids a public fight over the new law before the midterm congressional elections. Some aspects of the law take effect in September, and federal rules for administering the law must be written.

“It’s not totally a shock that the president would use this maneuver. It’s right out of the presidential playbook,’’ said John Pitney, a professor at Claremont College in California and a former House GOP staff member.

Berwick was nominated in April, but the Senate Health, Education, Labor and Pensions Committee had yet to schedule a hearing.

“Congress moves slowly during the summer, and there are only a few months left in this Congress. Whatever happens in November, it’s very likely that the next Congress is going to be less hospitable than this one,’’ Pitney said. “Given the immediacy of the task, you can see why the president would want a full bench.’’

Berwick has indicated some sympathy for a single-payer health care system, which Republicans were eager to quiz him about, though the health care law includes no such provisions.

In a 2008 paper he wrote with two other doctors, Berwick laid out the “Triple Aim’’ of health care, words Republicans said gives worrisome signals about how Berwick will handle the agency and the $400 billion in cuts it must make over 10 years.

“With some risk, we note that the simplest way to establish many of these environmental conditions is a single-payer system, hiring integrators with prospective, global budgets to take care of the health needs of a defined population, without permission to exclude any member of the population,’’ Berwick and his colleagues wrote.

Berwick has been praised by the American Medical Association, AARP, and former CMS administrators, including those who served under GOP presidents.

“As part of their continued attack on health care reform, Senate Republicans made it perfectly clear that they would never allow him to be confirmed. The president made the right decision,’’ said Jim Manley, a spokesman for Harry Reid, Nevada Democrat and Senate majority leader.

Susan Milligan can be reached at Milligan@globe.com.