GOP women a rising force in the party

Most ever now seeking office 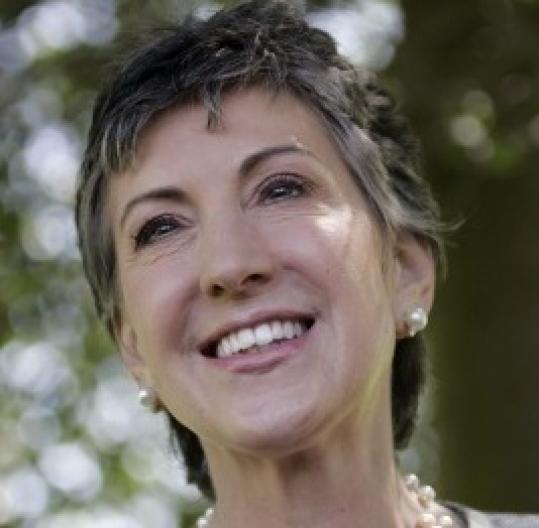 WASHINGTON — A record number of Republican women are running for federal and statewide offices this year, encouraged by GOP recruiting organizations, the high-profile candidacy of Sarah Palin in 2008, and voters who see the women as natural agents of change, according to political analysts and officials.

Such an influx is expected to have significant implications for the image of the Republican Party, which has long been seen as a party dominated by white men. As the number of female voters continues to rise, more diverse tickets would broaden the appeal of the party, especially with independent voters who could be critical in several fall midterm races, said Jan Larimer, co-chairwoman of the Republican National Committee.

“It’s time for a new generation of conservative leaders,’’ said Kelly Ayotte, a former New Hampshire attorney general running for the GOP nomination for US Senate. “We need reform in Washington. Look at what the good old boys network has gotten us.’’

The Democratic Party, tapping into the feminist and abor tion rights movements for support, has traditionally offered the vast majority of female candidates. But that dominance has changed.

This year, 201 GOP women are running for the US Senate, US House, and statewide offices, more than in any other year, according to Debbie Walsh, director of the Center for American Women and Politics, a nonpartisan organization at Rutgers University.

Of that group, a record 140 Republican women have filed to run for the US House and Senate, almost twice the number who ran in 2008 and well over the 102 who sought those offices in 1994, the previous record.

“They have walked through the door that feminists felt they opened for all women running, so that opportunity is there,’’ said Marjorie Dannenfelser, chairwoman of the Susan B. Anthony List, which funds antiabortion female candidates. “The opportunity is there, and the backing is there.’’

That opportunity and support were transformed into election night success this past week. Primary wins Tuesday by GOP Senate candidates Carly Fiorina in California and Sharron Angle in Nevada and strong gubernatorial showings by Meg Whitman in California and Nikki Haley in South Carolina help illustrate, perhaps, a new profile of the Grand Old Party.

There are several reasons for the emergence of women across the GOP field, analysts say.

The rise of the Tea Party movement has boosted some of the women, who tend to be more conservative than previous female candidates, Walsh said. Also, female candidates are often seen by voters in both parties as agents of change just by virtue of their gender, she added, since they are still something of a novelty in many parts of the country.

And the vice presidential run by former Alaska governor Palin has energized many women in the GOP, much as 1984 vice presidential nominee Geraldine Ferraro did for Democratic women, analysts and lawmakers said.

“Regardless of whether you like Sarah Palin or not, having a female on the presidential ticket inspired people,’’ said Representative Jo Ann Emerson, a moderate Republican from Missouri. “She was a governor and has five children, one with special needs. Women think, ‘If she can juggle all of that, I bet I can.’ ’’

Walsh also credits the maturation and broadening of the women’s movement. While more established women’s groups, such as EMILY’s List and the National Organization for Women, tended to support liberal Democratic women, organizations such as the Susan B. Anthony List — which expects to contribute between $10 and $12 million to female candidates this year — and WUFPAC (Women Under Forty PAC) have emerged to help GOP women prepare for their campaigns.

Democrats are still in the majority among major female officeholders and candidates; of the 73 female US representatives, 56 are Democrats, and of the 17 women in the US Senate, 13 are Democrats. Massachusetts has only one woman, Niki Tsongas, in its 10-member, all-Democratic House delegation, and both senators are men.

But the landscape is shifting. Democrats are fielding 225 female candidates for federal and statewide offices this year, barely more than the 201 the GOP has offered. And the number of female Democratic candidates running for US House and Senate fell to 147, from 155 in 2008.

No GOP woman in Massachusetts is seeking a major party nomination for the House or Senate; state GOP Representative Karyn Polito is running for treasurer, and Republican Mary Z. Connaughton is seeking the state auditor job.

The success of women across the political field mirrors gains in other areas, Larimer noted, with more women running small businesses and major corporations. Women are also a majority of voters; nearly 10 million more women than men voted in 2008, according to the Center for American Women and Politics.

More women than men tend to vote Democratic in general elections. According to national exit polls, 56 percent of women voted for Barack Obama in 2008, compared with 43 percent who voted for McCain. Among men, 49 percent voted for Obama, and 48 percent for McCain. But as more conservative women emerge in the business and political worlds, they can attract female voters and inspire more GOP women to run, analysts said.

“There have been a lot more role models for women on [the GOP] side of the aisle,’’ said Jessica Grounds, executive director of Running Start, a nonpartisan group dedicated to involving teenage girls and young women in politics. “We’re really encouraged. We need to have more diversity of perspective among women in elected office.’’

The new crop of conservative women may fare better in their primaries than female Republicans have in the past, Walsh said, since moderate female candidates are often seen as too liberal for GOP primary voters.

Should they win nomination, however, the more conservative women may have a harder time in the general elections, said Stephanie Schriock, president of EMILY’s List. Fiorina, for example, opposes abortion, which could alienate pivotal voters in California, Schriock said. And Angle, who advocates abolishing the Department of Education and storing nuclear waste at Nevada’s Yucca Mountain, may also lose independent voters in her bid to unseat Senate majority leader Harry Reid, she said.

Some Democrats agree the rise of women in the GOP could soften its image as a male-dominated party, but that won’t necessarily change the math in November.

Larimer, however, said her party’s candidates would strengthen the GOP’s numbers this fall. “We have women with real-world experience,’’ she said. “We just think we’re going to have great results in November.’’