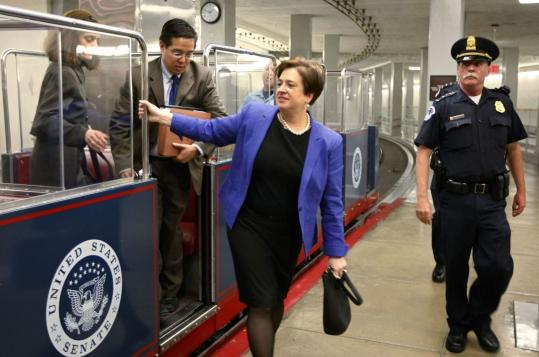 WASHINGTON — In introducing Supreme Court nominee Elena Kagan to the nation on Monday, President Obama extolled the former dean of Harvard Law School as “one of the nation’s foremost legal minds.’’ But the extent of her legal prowess is difficult to quantify because she has not been a judge and has authored relatively few scholarly articles.

Kagan has won many admirers — because, in large part, of her former position at Harvard, her current post as US solicitor general, and her handful of legal articles. Her intellect and grasp of the law have not been widely challenged.

But Kagan’s Republican critics, having initially targeted her lack of judicial experience, now are focusing on how her slim volume of legal writings provides little material to judge her fitness for the court.

Former co-workers, however, counter that her job performances provide ample evidence of a considerable intellect.

“She has served in a number of elite legal jobs where decision makers were exposed to her exceptional legal acumen,’’ said John Manning, a Harvard law professor hired by Kagan and a former clerk for Supreme Court Justice Antonin Scalia. “If you work with her, you realize you’re working with a brilliant lawyer, and a lot of slices of the legal profession have been exposed to her throughout her career.’’

Senator James Inhofe, a Republican from Oklahoma and the first senator to announce he will oppose Kagan’s confirmation, said yesterday that he was unclear on how Kagan earned her reputation in the law. He suggested that her backers are praising her intellect to make up for shortcomings.

“I think people are saying that because it’s been 38 years since there was a justice without any experience’’ as a judge, he said.

Kagan has, in addition to teaching, worked as a court clerk for Judge Abner Mikva of the D.C. Circuit and for then-Supreme Court Justice Thurgood Marshall. She practiced law at the Washington law firm Williams & Connolly, then joined the Clinton administration, originally as associate White House counsel.

President Clinton nominated Kagan for a judgeship on the D.C. Circuit in 1999, but no confirmation hearing was ever scheduled. She joined the Harvard faculty in 1999 and became dean of the law school in 2003. In her current job as solicitor general, she is the government’s top lawyer, arguing cases for the administration before the Supreme Court.

But her richly varied career has left her with fewer academic writings than a typical law professor of her age would have, said Robert Clark, former dean of Harvard Law School and one of Kagan’s former professors. “If you look back at the paper trail, you wouldn’t say she’s one of the foremost legal scholars,’’ he said. But he stressed he is confident in her intellect and understanding of the law, recalling her as one of his best students.

Obama on Monday nominated Kagan, 50, to replace John Paul Stevens, considered the leader of the court’s liberal bloc, who is retiring at age 90 after 35 years on the Supreme Court. As part of the ritual of the nomination process, Kagan yesterday visited Capitol Hill for private meetings with Senate leaders.

Republican Senator Jeff Sessions of Alabama told reporters he asked Kagan whether she would be able to rule objectively, even if she upsets “fans and supporters.’’ Kagan replied “that she would be faithful to the law, but of course every nominee says that,’’ Sessions said. “Some of our most activist judges have said that.’’

The Republican leader, Senator Mitch McConnell of Kentucky, said Kagan must demonstrate that her current position in the Obama administration won’t slant her views on the bench toward administration policies.

A nominee’s background, credentials, and reputation are all considered fair game for investigation during the confirmation hearing.

Reputations in the legal community often are made through publications and by word-of-mouth, experts say.

Longtime Kagan colleague Charles Fried, a Harvard law professor who was solicitor general during the Reagan administration, helped Kagan review the writings of 40 law professors the school considered hiring early in Kagan’s tenure as dean, he said. He noted her ability to quickly digest dense volumes of legal writings, and then make intelligent judgments.

“That’s how she made her reputation with me,’’ Fried said.

Kagan’s publications, though scant compared with those of many accomplished legal scholars of her generation, demonstrate that Kagan should be included in the top echelon of American’s legal thinkers, said a University of Michigan law professor, Richard Primus.

“Her work on administrative law, in particular her work on presidential administration, is smart and creative and thorough and important and done at a level few scholars ever get to,’’ said Primus, who said he does not know Kagan personally.

She authored a paper, published in the Harvard Law Review in 2001, on how modern presidents govern through control of the federal agencies.

Another Kagan article concerned First Amendment issues, published in 1996 in the University of Chicago Law Review.

Not everyone was impressed with Kagan’s writing on presidential administration.

“It’s a very good article,’’ said Stephen Wermiel, who teaches constitutional law at American University, “but I don’t think it puts her in some exceptional class of people who have written important articles.’’

Wermiel, who said he has met Kagan but does not know her, attributes her reputation to the buzz generated by word of mouth around the high-powered positions Kagan has held.

Yale Law professor Dan Kahan, a former colleague of Kagan’s at the University of Chicago Law School, said there are often better ways to display a great legal mind than hearing cases on a “midlevel appellate court.’’

At the University of Chicago, Kagan’s reputation was as the school’s best teacher, Kahan said. Where did that reputation come from? From other lawyers. “It’s like athletes watching each other perform on the track,’’ he said. “They all know who’s the fastest.’’ 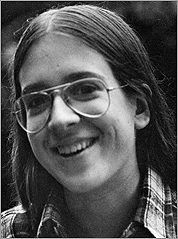