In Kagan stance on military, a complex history 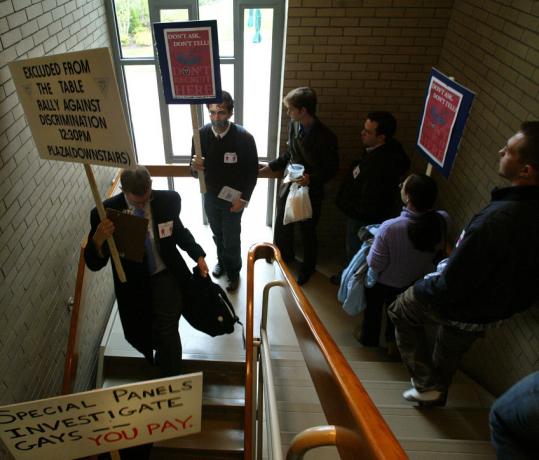 As dean of Harvard Law School, Elena Kagan sent an e-mail to students each fall criticizing the military’s ban against gays and lesbians serving openly as “wrong — both unwise and unjust.’’

Now, those messages — and Kagan’s decisions about on-campus military recruitment during her 2003-2009 deanship — have fueled intense scrutiny that threatens to become a flashpoint in her Supreme Court nomination bid.

Conservative critics have derided her as antimilitary and have predicted she would be an “activist judge’’ bent on imposing her personal views on the Constitution. At least one Republican senator has vowed to block her confirmation because of her 2004 move to prevent the military from officially recruiting Harvard Law students — a decision she was later forced to reverse under the threat of federal sanctions.

But supporters of Kagan, the US solicitor general, say her role in the law school’s complicated history with the military has been oversimplified and misinterpreted. They also dismiss accusations of an antimilitary bias.

Her yearly letters to students outlining her views against “don’t ask, don’t tell,’’ they say, also describe the military as a “noble profession,’’ a “path — as deeply honorable as any I can imagine.’’ She also held annual dinners to honor students with military service.

“People should take her at her word,’’ said Robert Clark, former dean of Harvard Law School. “She values service and wishes more students would go into it.’’

Colleagues and former students — military veterans as well as members of the law school’s gay and lesbian association — say her actions and her views on the “don’t ask’’ policy were extensions of a longstanding law school policy that prevents potential employers from discriminating.

Under the policy, dating to a 1979 faculty vote, employers that discriminate in hiring cannot use the law school’s office of career services to recruit Harvard students. Because it prohibits openly gay service members, the military fell under the policy.

In reality, Harvard’s ban held more symbolic value than anything else, as military recruiters have always had access to students through the Harvard Law School Veterans Association, a group established for students with prior military service.

“Students who wanted to serve were still able to interview, and that was something she was very, very sensitive to,’’ said Mark Weber, assistant dean for career services at Harvard.

Kagan was known for keeping very few personal items in her Harvard office, beyond a signed picture of the late Justice Thurgood Marshall, for whom Kagan clerked. But she also displayed a treasured West Point cadet’s dress hat, a gift from speaking at the military academy in 2007, said Harvard Law graduate Kyle Scherer, a captain in the Army National Guard currently serving in Afghanistan.

Kagan was a strong supporter of his interest in military service, Scherer said by telephone from Kabul yesterday, and he cheered her nomination.

At West Point, Kagan gave a “memorable and sincere’’ talk in which she thanked the cadets for volunteering to defend her freedom, said Brigadier General Patrick Finnegan, dean of the academic board. She also discussed Article VI of the Constitution, which requires American officers to swear a loyalty oath, not to a leader, but to the Constitution.

Finnegan detected no hint of antimilitary bias from Kagan. “I’d find it ludicrous that anyone would criticize her in that way,’’ he said.

But Senator James Inhofe, a Republican from Oklahoma, issued a statement Monday opposing Kagan’s nomination, just hours after President Obama announced her as his pick. Inhofe cited Kagan’s lack of judicial experience, which is becoming the Republicans’ main attack point against Kagan, and also strongly criticized her “poor judgment’’ at Harvard, charging that she “banned the US military from recruiting on campus.’’

Kagan’s involvement in the Harvard military controversy dates to 2003, when she became dean. She had inherited a new Harvard policy that allowed military recruiters to use official law school channels to access students. Harvard had been forced in 2002 to lift its longstanding ban when the Department of Defense threatened to strip about $328 million in federal funding from the entire university — about 15 percent of its annual budget — if the law school did not relent.

Clark, dean at the time, said the greater good of the university would have to prevail over the law school’s stance against discrimination. When Kagan took over, Clark said in an interview yesterday, she “did the same thing I did for several years — send an e-mail to students every year explaining the military exception to our nondiscrimination policy.’’

Kagan cited her “deep distress’’ over the issue in a 2003 message to students, calling the ban on openly gay service members “a profound wrong — a moral injustice of the first order.’’

As other law schools around the nation, led by a Boston College professor, mounted a lawsuit charging the Department of Defense with violating the First Amendment by forcing law schools to allow military recruiters on campus, Kagan did not join in.

In 2004, Kagan and 53 other Harvard Law professors signed a friend-of-the-court brief supporting the lawsuit, but some students and faculty were disappointed that she had chosen not to lead the legal battle. Later that year, a federal appeals court ruled that the Solomon Amendment, a 1996 law that denies federal money from schools that do not permit military recruiting, infringed improperly on the law school’s constitutional freedoms.

The next day, Kagan announced that the law school would return to its pre-2002 policy of preventing the military from using the office of career services to recruit.

“The policy was not to stop recruiting,’’ Clark said. “It was to express a judgment on the military’s [antigay] policy.’’

The number of Harvard law students recruited into the military each year remained steady during the flip-flopping changes in policy, Clark said. From 2003 through 2008, about three students a year joined the military.

In the fall of 2005, under the threat of massive federal sanctions once again after the school denied recruiters access that spring to the office of career services, Kagan decided to let military recruiters back on campus to conduct official interviews. In 2006, the Supreme Court reversed the appeals court decision and upheld the Solomon Amendment. To this day, military recruiters have access to Harvard Law School students.

Kagan faced the difficult task of accommodating conflicting demands — the school’s nondiscrimination policy and tightened US regulations on recruitment in a post-Sept. 11 world.

She balanced her “deep sense of respect for service and members of the armed services,’’ said Senator Jack Reed, a Rhode Island Democrat and a West Point graduate, with “the issue of fairness and nondiscrimination.’’ 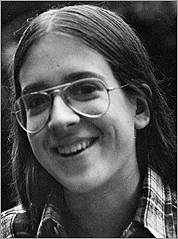