Into battle over Kagan

WASHINGTON — President Obama’s nomination yesterday of US Solicitor General Elena Kagan, the former dean of Harvard Law School, to the Supreme Court set the stage for a clash over her resume and ideology as Republicans warned they would investigate what they called “weakness’’ in her credentials.

Kagan would be the first justice in 40 years to join the court without ever serving as a judge, depriving opponents of rulings to dissect but giving them an alternative line of attack: no experience on the bench.

While Senate Judiciary Committee chairman Patrick Leahy, Democrat from Vermont, predicted her ultimate confirmation and hailed the selection of a nominee from outside the “judicial monastery,’’ Senate minority leader Mitch McConnell signaled that Kagan’s background will be vigorously examined.

“It strikes me that if a nominee does not have judicial experience, they should have substantial litigation experience,’’ McConnell said. “Ms. Kagan has neither.’’

Senator Jeff Sessions of Alabama, the ranking GOP member on the Judiciary Committee, alluded to her Ivy League pedigree, saying Kagan had built a legal career “mostly in the rarefied air’’ of law school and the federal government.

Sessions yesterday would not rule out a Republican filibuster to prevent a confirmation vote, though he downplayed that option as a last resort, reserved for “extraordinary circumstances.’’

If confirmed, Kagan, who has served two Democratic presidents, would replace Justice John Paul Stevens, who is retiring at age 90 after building a liberal legacy during 35 years on the court.

Kagan would raise the number of women on the court to three — the most ever. The court would hold less religious diversity, however, with no Protestants.

A Supreme Court nominee needs 51 votes to be confirmed, while it takes 60 votes to end debate under filibuster rules. Fifty-seven Democrats and two independents caucus with the party.

At first glance, Kagan, 50, seems a strong bet to be confirmed. Although ideologically she appears to be left of center, she endeared herself to some judicial conservatives during her tenure as Harvard Law dean by appointing conservative faculty members.

She also has expressed support for holding suspected terrorists indefinitely without trial. In her confirmation hearings for solicitor general, she agreed with Senator Lindsey Graham, the South Carolina Republican, that under military law there is no requirement to release captured prisoners during a war.

Seven Republicans supported Kagan’s nomination to be solicitor general, in a 61-31 vote in March 2009. Yet her confirmation last year to argue cases before the Supreme Court on behalf of the federal government does not mean she will automatically win those votes again, as some senators made clear yesterday.

“A temporary, appointed position within the administration is very different from a lifetime appointment to the US Supreme Court,’’ Senator Susan Collins, the Maine Republican, said through a spokesperson.

Obama immediately began an effort to win over Republicans. Shortly after introducing Kagan at the White House, he called Senator Scott Brown, the Massachusetts Republican, to make the case for Kagan. Brown made no commitments, according to an aide to the senator.

“I am keeping an open mind on this nomination and hope the confirmation process will be fair, thorough, and respectful,’’ Brown said in a statement.

A summer confirmation process, in the months before the November midterm congressional elections, provides an added dose of political drama to Kagan’s nomination. Obama scored a major victory this year with his health care overhaul bill, and Congress is making progress toward passage of another major priority, a broad overhaul of Wall Street regulations.

A smooth hearing on Kagan, following last year’s confirmation of Justice Sonia Sotomayor, could add to a sense of momentum for the president.

Smooth may not be on the agenda, however, at a time of intense political polarization and disagreement about the reach of federal power. Debates are raging about the requirement that Americans buy health insurance, for instance, and whether terror suspects should be advised of their Miranda rights.

Republicans are likely to pound Kagan for her decision at Harvard to bar military recruiters from using the campus career services office in protest of the ban on openly gay members of the military. Kagan banned recruiters in 2004, but reversed course the next year after the federal government threatened to withhold funds from Harvard.

The Associated Press reported yesterday that Kagan, as a White House adviser in 1997, urged President Clinton to support a ban on late-term abortions except when the health of the mother was at risk.

The proposal, opposed by abortion-rights groups, ultimately failed, but Kagan’s advice could bring her views on the divisive issue of abortion to the forefront.

Senators also are expected to use Kagan’s own words in attempts to gain deeper insight into her views on controversial subjects.

In 1995, writing a review of the book “The Confirmation Mess,’’ Kagan wrote that confirmation hearings had become a “vapid and hollow charade’’ because senators don’t push nominees to explain their views.

“When the Senate ceases to engage nominees in meaningful discussion of legal issues, the confirmation process takes on an air of vacuity and farce,’’ she wrote. Now she will be on the receiving end of those questions.

In introducing Kagan yesterday at the White House, Obama said she has an “understanding of law not as an intellectual exercise or words on a page, but as it affects the lives of ordinary people.’’

Kagan, in remarks that were nationally televised, said her work as solicitor general has deepened her appreciation for the Supreme Court, “an extraordinary institution, in the work it does and in the work it can do for the American people, by advancing the tenets of our Constitution, by upholding the rule of law, and by enabling all Americans, regardless of their background or their beliefs, to get a fair hearing and an equal chance at justice.’’

Senator Sheldon Whitehouse, a Rhode Island Democrat and a member of the Judiciary Committee, pledged to push back against Republican efforts “to redefine the right wing as mainstream’’ by frequently suggesting that liberal judges are by nature “activists’’ who like to create law. The current court’s conservative bloc are right-leaning activists, Whitehouse said, citing a ruling this spring to free corporations from some campaign spending restrictions.

Leahy, the Vermont Democrat, called Kagan “a superb nominee,’’ adding, “We have somebody who should be seen by the American people as the best this country can offer. And we ought to confirm her.’’

Leahy said he plans to meet with Kagan this week and will begin setting a timetable for completing confirmation hearings this summer, a goal Sessions said “should be doable.’’

Kagan also plans to begin making the rounds on Capitol Hill this week, with White House lawyer Susan Davies as her guide. 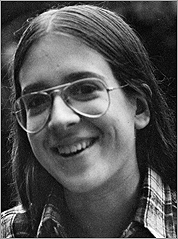