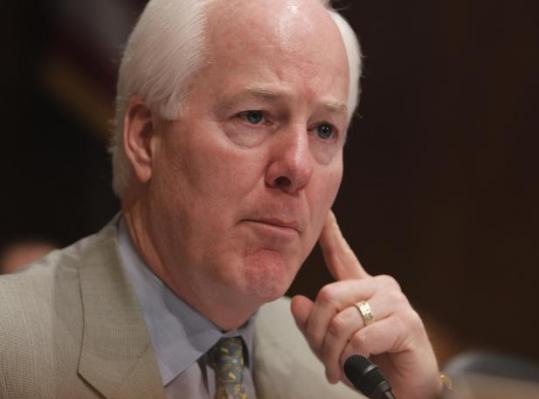 WASHINGTON — Every now and then, there comes a congressional race so fraught with history and symbolism that it becomes as much about sending a message as winning a seat.

This year, Republicans are looking to hit the trifecta in the Senate.

“I call them the trophy seats,’’ said Senator John Cornyn of Texas, who heads the National Republican Senatorial Committee. Winning all three would affirm a GOP resurgence, and announce — as Scott Brown did, when he won a January special election for the late Edward M. Kennedy’s Senate seat in Massachusetts — that Democrats aren’t safe anywhere anymore.

As is the case pretty much everywhere in the country, Republican candidates in Cornyn’s three “trophy’’ races are the beneficiaries of a sour national mood. But Illinois, Delaware, and Nevada also present unique problems for the Democrats.

Illinois, the seventh most heavily Democratic state in the nation, is a place where the party generally wins statewide races in a walk. But this year, it has picked a nominee whose background could hardly be less suited to the times.

He is state Treasurer Alexi Giannoulias, whose failed family-owned bank was seized last month by federal regulators. He is now running about even in the polls with moderate Republican Representative Mark Kirk, who outraised him by $1 million in the first quarter of 2010.

All of this has created an awkward situation for the White House. That Team Obama seems incapable of arranging an orderly handoff in the president’s home state has many in both parties wondering about the acumen of an operation whose top strategist, David Axelrod, was the premier Democratic political consultant there and whose chief of staff has designs on being mayor of Chicago.

“Illinois is the political machine of Rahm Emanuel and Company, and they couldn’t get their act together to run a serious candidate?’’ said Republican activist Grover Norquist.

“We don’t run the Democratic Party in Illinois,’’ Axelrod insisted. “We don’t designate the candidates.’’

Nonetheless, the White House had tried last year to recruit popular Attorney General Lisa Madigan of Illinois to run for the seat; she said no. A messy five-way primary in February delivered a 39 percent plurality to Giannoulias, whose star had seen a precipitous decline since the 2006 state treasurer campaign in which Obama appeared in a television ad praising his friend.

In happier times — including on the day of the 2008 election — Giannoulias was a regular companion of the future president on the basketball court. But the White House is now keeping a distance. Despite Giannoulias’s entreaties, Obama has not campaigned for him.

If the problem for Democrats in Illinois is their own nominee, their obstacle in trying to hold onto Biden’s old seat in Delaware is the likely Republican one. “Literally, there’s one Republican in all of Delaware who could win a statewide race, and that’s Mike Castle,’’ said one Biden adviser, who spoke on the condition of anonymity.

When Biden loyalist Ted Kaufman was appointed to keep his former boss’s seat warm until this year’s special election, pretty much everyone had assumed it would go to Biden’s son Beau, the state attorney general, who in the meantime was deploying to Iraq with the National Guard. But then Castle — the state’s lone congressman and a former governor — announced he was running. The younger Biden, upon further consideration, took a pass, deciding he still had work to do in Delaware.