Are divided on whether Obama should scale back 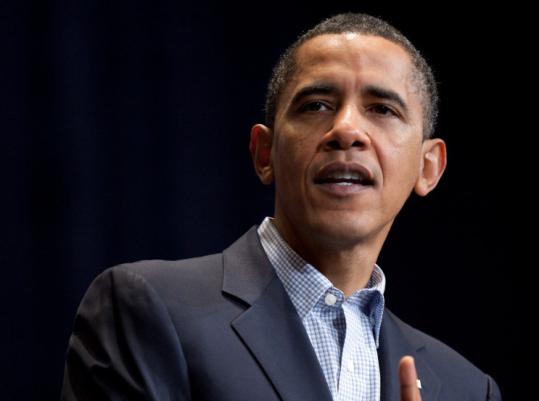 President Obama has vowed not to abandon his efforts to overhaul the health care system. (Brendan Hoffman/Bloomberg/Pool)
By Ricardo Alonso-Zaldivar Associated Press / February 9, 2010

WASHINGTON - Advisers behind President Clinton’s failed attempt to overhaul the health care system have watched setbacks to President Obama’s similar effort with a sense of despair and deja vu.

The aides are united in believing that Democrats cannot afford another health care disaster but divided on whether scaling back Obama’s plan would be an acceptable solution.

The former Clinton aides - now with think tanks, universities, the Obama administration, or lobbying firms - are a potent voice in the furious debate within the Democratic Party over how to salvage health care. Veterans of the last health policy war in the early 1990s, they carry the scars of an intense struggle reduced to utter futility.

“If Bill Clinton couldn’t get it done, and Barack Obama can’t do it, no Democrat will ever try again,’’ said economist Len Nichols, health policy director at the New America Foundation. A Clinton health budget aide, Nichols has been an unofficial adviser to lawmakers and administration officials wrestling with details of the current legislation.

“History is written by the victors, not the vanquished,’’ said Chris Jennings, congressional liaison for Hillary Rodham Clinton, during the 1990s debate. “Failure would serve as the ultimate judgment as to whether this effort was worth doing.’’

“I’m not sure that this last chapter has been written,’’ she told CNN’s “State of the Union’’ on Sunday.

For most of last year, the health care debate was among Democrats. Republicans were left heckling from the sidelines. That changed when Republican Scott Brown pulled off a Senate upset in Massachusetts, winning the seat held by the late senator Edward M. Kennedy and depriving Democrats of the filibuster-proof 60 votes they had been counting on in the final push.

“Many of us thought we were really at the 1-inch line, then literally it was like being hit by a freight train with about 10 seconds’ warning,’’ said Ken Thorpe, a senior Health and Human Services official during the Clinton-era debate. Now a health policy professor at Emory University in Atlanta, Thorpe has proposed a scaled-back alternative in case Obama’s plan remains stuck.

The mere mention of settling for less is causing consternation among former Clinton aides. Obama’s plan - denounced as a government power grab by critics - is already less ambitious than Clinton’s.

Clinton would have changed how people covered by large employers got health insurance; Obama does not. Clinton required all employers to contribute significantly to the cost of coverage; Obama exempts small businesses. Clinton aimed at insuring all; Obama’s plan would reach about 95 percent of eligible Americans. Today’s Senate bill - supported by Obama - resembles a plan drafted by a moderate Republican senator in the Clinton years.

“It takes too much work to figure out what ‘scaled back’ means,’’ said Judy Feder, a former colleague of Thorpe’s at human services, now a health policy professor at Georgetown University in Washington.

“You can’t do insurance reforms alone without expanding coverage, and the expansion costs money. I don’t see the politics coming together for scaling back.’’

The Obama plan focuses on those who have the most trouble getting and keeping health insurance, small businesses, and people who buy their own coverage. They would be able to buy private coverage in a new kind of regulated marketplace, with government subsidies for many. Insurers would be prohibited from turning down people with medical problems.

Thorpe’s proposal for scaling down Obama’s plan would keep the new insurance marketplace and the ban on excluding people with health problems. It would chop the cost from $1 trillion to $500 billion over 10 years, covering about one-third fewer people than Obama’s plan.