US wealthy should pay for health care overhaul, poll finds 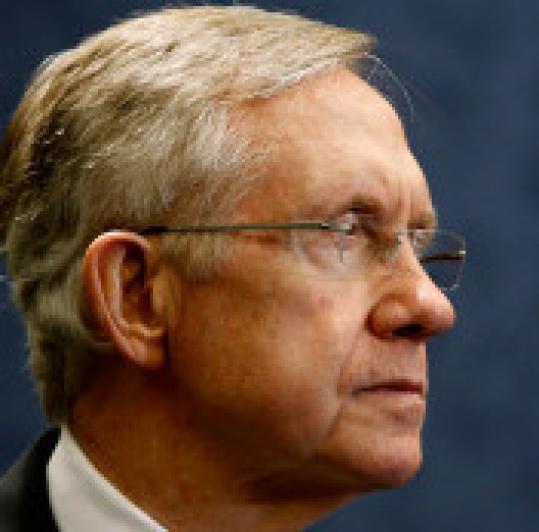 Majority leader Harry Reid is expected to incorporate the voluntary insurance program in the health care legislation to be unveiled as early as today, officials said.
By Erica Werner and Ricardo Alonso-Zaldivar Associated Press / November 18, 2009

WASHINGTON - Americans don’t want to shoulder the cost of President Obama’s health care overhaul themselves. They think the rich should pay for it.

That’s the finding from a new Associated Press poll, and it could be a boost for House Democrats, whose plan approved this month proposed taxing upper-income people to fund their sweeping remake of the medical system.

The survey, conducted by Stanford University with the nonpartisan Robert Wood Johnson Foundation, found survey participants sour on other ways of paying for the health overhaul. The options they don’t like include taxing insurers on the high-value coverage packages known as “Cadillac plans.’’

The Senate Finance Committee bill would tax health insurance plans costing more than $8,000 annually for individuals and $21,000 for families, although those numbers are expected to end up higher in majority leader Harry Reid’s bill. Union members are lined up against that approach because they fear their benefits could be hurt, and the poll found 56 percent of the public opposed and only 29 percent in favor.

Lawmakers also are looking at levying new taxes on insurance companies, drug companies, and medical device makers. But the only approach that drew majority support in the poll was a tax on upper-income Americans.

Overall, the poll - like others recently - found the public split on Congress’ health care plans. In response to some questions, participants said the current system needed to be changed, but they also voiced concerns about the impact on their pocketbooks.

For example, 77 percent said the cost of health care in the United States was higher than it should be, but 49 percent said any changes made by the government probably would cause them to pay more for health care.

The Senate health care legislation expected this week is likely to include a new long-term care insurance program to help the elderly and the disabled avoid going into nursing homes, Democratic officials said yesterday.

The officials said that Reid is expected to incorporate the voluntary program in legislation to be unveiled as early as today.

Known as the CLASS Act, the voluntary insurance program was a top priority for the late Senator Edward M. Kennedy. It would begin to close a gap in the social safety net that’s received little attention in the health care debate.

Fiscal conservatives and government economists have questioned whether the program would be financially sustainable over the long run, and insurance companies are lobbying to strip it from the health care bill.

Nonetheless, the House included the program in its health care legislation, with the approval of the Obama administration. In the Senate, the Health Committee bill had included it, but the Finance Committee omitted it. The approach Reid is considering in a combined bill would address the objections of fiscal conservatives by stipulating that premiums from the program could not be counted in offsetting the cost of the broader health care bill.

The cost of nursing homes averages $70,000 a year, and a home care attendant runs about $29 an hour. Medicare only covers temporary nursing home stays.

Under the proposed program, people would pay a modest monthly premium during their working years. If they become disabled, they would get a cash benefit of at least $50 a day that could be used to pay a home care attendant, buy supplies and equipment, make home improvements such as adding bathroom railings, or defray the costs of nursing home care.

The Congressional Budget Office estimated that the program would be fiscally solvent over a 75-year-period with the income from premiums, and no taxpayer financing. That assumes an initial monthly premium averaging $123, and a $75 daily benefit. People would sign up for the program at work through a payroll deduction and would have to pay premiums for five years before they could qualify for benefits.