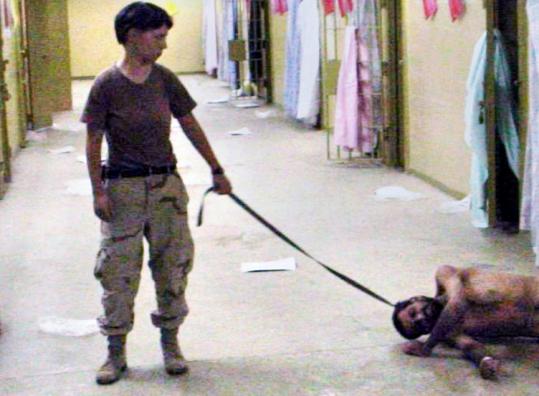 WASHINGTON - A lecture by the woman who became the public face of the Abu Ghraib scandal was canceled yesterday at the Library of Congress after threats caused concerns about staff safety.

Former Army reservist Lynndie England had been scheduled to discuss her biography as part of a veterans forum on Capitol Hill. The book by author Gary S. Winkler is called “Tortured: Lynndie England, Abu Ghraib and the Photographs That Shocked the World.’’

Members of the Library of Congress Professional Association, the employee group holding the talk, received an e-mail from president Angela Kinney saying the event was canceled because of staff safety concerns.

The group had received “numerous expressions of protest’’ about the lecture from its members, the e-mail said.

England, now 26, has said she hopes the book will help people understand what she says was a limited role in what happened at the Iraqi prison in 2004. She is appealing her convictions for conspiracy, mistreating detainees, and committing an indecent act. England was one of 11 soldiers found guilty of wrongdoing.