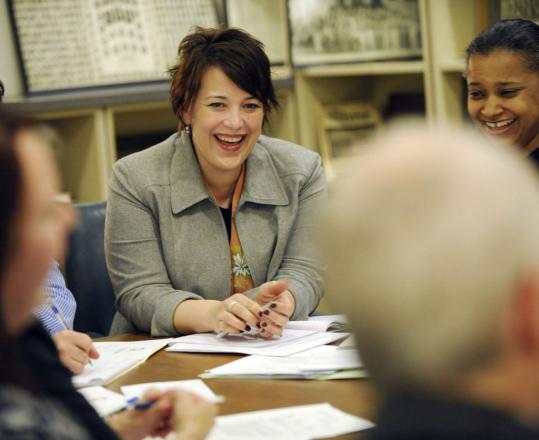 WASHINGTON - Aides to President Obama are quietly checking out local churches to find his new spiritual home, a delicate, complex task that must balance Obama's public profile, security needs, and personal beliefs against a discreet but intense competition among ministers to bring the first family to their pews.

Less than a year after a painful, controversial split with his longtime Chicago church over sermons by the Rev. Jeremiah Wright, the president's search is being guided by a group of close friends and advisers who have quietly visited some of the congregations - and a low-key vetting operation by White House aides.

Some churches have contacted the White House, lobbying for the president to pay them a visit - and assuring that they can handle his Secret Service detail and the likely scrutiny by the media and Obama's political rivals.

"As we serve our Creator, we are called to serve you and your family," reads a letter sent under official seal by Bishop John R. Schol leader of the Baltimore-Washington conference of the United Methodist Church. "Your message of personal responsibility and justice are important United Methodist themes. . . . Please feel free to contact me personally with any ways that we can support you."

Joshua DuBois, who directs the White House office of faith-based initiatives and is coordinating Obama's search for a church, said his office has been flooded with phone calls and invitations.

DuBois said his primary objective is finding a church that matches Obama's religious beliefs, has a youth ministry for his daughters, and is active in helping the needy.

But most important, DuBois said, is finding a church that can handle the logistical strains and publicity that come with a presidential visit.

"We want to make sure we're respectful of that community," he said.

Although past presidents have worshipped in local churches without causing too much of a stir, DuBois said, Obama attracts an unusually high amount of attention when he appears in public, creating the possibility for disruption.

The weekend of Obama's inauguration, word leaked out that the future first family would make an unpublicized visit to 19th Street Baptist Church. By the time services began, so many people had showed up to worship that there were long lines to get in, clogging security checkpoints and forcing authorities to turn away longtime members.

Obama's search for a new church comes about 10 months after his break with Trinity Church of Christ in Chicago, where he had worshipped for more than 20 years. The president left the church in May after videos of Wright, Trinity's pastor, preaching from a black liberation theology perspective to his congregation, surfaced on the Internet during the late phases of the Democratic presidential primaries.

DuBois and the White House reject the idea that fear of a Wright-like controversy has obliged them to vet the sermons of any minister whose church is under consideration. Still, the president's aides have moved cautiously to assess multiple churches.

Dr. Derrick Harkins, pastor of 19th Street Baptist Church, said he is willing to deal with the logistical strains if it means having Obama and his family among his spiritual flock. Being selected as the president's pastor would be a tremendous honor, he said.

In addition to the United Methodist Church bishop, other prominent religious leaders have contacted the White House about having the president as a member of their churches.

An official with the DC Baptist Convention confirmed that several ministers and member churches have contacted the White House, touting their congregation and their ability to minister to the commander in chief. And one pastor, the Rev. Amy Butler, used her blog to invite first lady Michelle Obama to her church.

"My pitch was why this is such a fabulous church," said Butler, senior pastor at Calvary Baptist Church in downtown Washington. She added that the church has "a lot to offer in terms of diversity" with a welcoming congregation and active social programs for the poor.

Like others, Butler said she hopes the White House selects her church; she is confident that she and her staff could manage any security concerns and help the Obamas fit in. Still, she acknowledged that having the first family in the pews could "change the dynamic" of the church and perhaps cause her to alter her message from the pulpit to steer clear of any controversy.

"That concerns me," she said, adding that as a minister in the nation's capital it is not unusual to see well-known politicians among the congregants. "They don't teach us about that in seminary. But I don't expect that [the church's] message would change."

Correction: Because of a reporting error, a front-page story Sunday misidentified President Obama's former church in Chicago. The church is Trinity United Church of Christ.