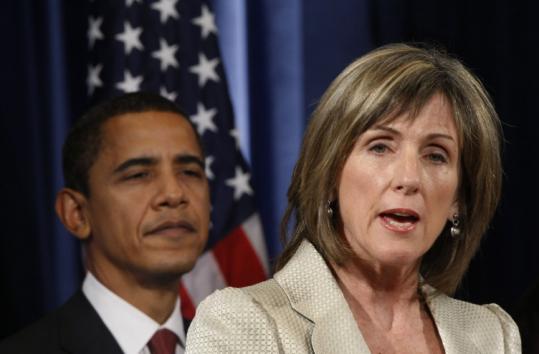 WASHINGTON - Carol Browner, the White House energy policy coordinator, said the heads of the federal transportation and environmental agencies are collaborating on a single US policy for regulating emissions from vehicles.

"We are obviously in difficult times in terms of restructuring that is going on with some of the companies, but the hope is that we will come to a unified approach for the next generation of vehicles," Browner said in remarks to the Western Governors Association.

The EPA said earlier this month that it would reconsider a Bush administration decision to reject California's request to regulate greenhouse gas emissions from cars and trucks.

The Alliance of Automobile Manufacturers, which represents , Ford, Chrysler and other companies, has said meeting stricter state standards would cost billions of dollars, create a patchwork of regulations, and reduce the number of models automakers can sell in California and other states, including Massachusetts, that want to adopt the rules.

Former President George W. Bush provided $17.4 billion in assistance to GM and Chrysler in December. The money was allocated from the $700 billion bank bailout fund.