A 200th birthday bash for Lincoln 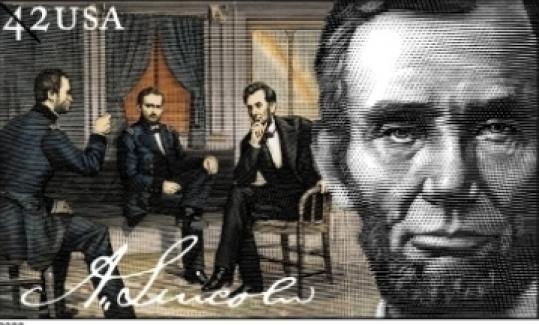 WASHINGTON - Happy 200th birthday, Honest Abe! The nation is preparing to throw you a party.

The celebration will be focused in the nation's capital, where museums, theaters and other attractions announced plans yesterday for more than 80 exhibits and programs in the coming months to celebrate the bicentennial of Abraham Lincoln's birth. The events will run from January through the end of April.

"I haven't heard anything about a birthday cake," a Lincoln look-alike said, interrupting the announcement yesterday.

Organizers assured the bearded impersonator he would get a slice of his favorite vanilla-almond cake - and a giant birthday card signed by thousands around the nation. Other programs are planned in all 50 states.

The D.C. festival's highlights include a reenactment of Lincoln's second inaugural ball Jan. 31 in the building that now houses the Smithsonian American Art Museum and National Portrait Gallery. Ford's Theatre - where Lincoln was assassinated in 1865 - will also reopen after extensive renovation.

The National Park Service will celebrate the 16th president's birthday on Feb. 12 at the Lincoln Memorial with singer Michael Feinstein offering a musical tribute.

The memorial will be rededicated on Memorial Day - four score and seven years after its 1922 dedication, said Lance Hatten, the Park Service's chief interpreter for the National Mall.