Federal agencies would bypass other reviews 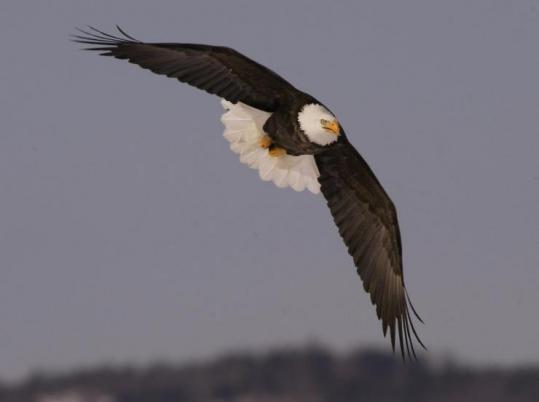 WASHINGTON - Parts of the Endangered Species Act may soon be extinct.

The Bush administration wants federal agencies to decide for themselves whether highways, dams, mines, and other construction projects might harm endangered animals and plants. New regulations, which do not require the approval of Congress, would reduce the mandatory, independent reviews government scientists have been performing for 35 years, according to a draft first obtained by the Associated Press.

Interior Secretary Dirk Kempthorne said late yesterday that the changes were needed to ensure that the Endangered Species Act would not be used as a "back door" to regulate the gases blamed for global warming. In May, the polar bear became the first species declared as threatened because of climate change. Warming temperatures are expected to melt the sea ice the bear depends on for survival.

The draft rules would bar federal agencies from assessing the emissions from projects that contribute to global warming and its effect on species and habitats.

"We need to focus our efforts where they will do the most good," Kempthorne said in a news conference organized quickly after AP reported details of the proposal. "It is important to use our time and resources to protect the most vulnerable species. It is not possible to draw a link between greenhouse gas emissions and distant observations of impacts on species."

If approved, the changes would represent the biggest overhaul of the Endangered Species Act since 1986. They would accomplish through regulations what conservative Republicans have been unable to achieve in Congress: ending some environmental reviews that developers and other federal agencies blame for delays and cost increases on many projects.

The changes would apply to any project a federal agency would fund, build, or authorize that might harm endangered wildlife and their habitat. Government wildlife specialists perform tens of thousands of such reviews each year.

"If adopted, these changes would seriously weaken the safety net of habitat protections that we have relied upon to protect and recover endangered fish, wildlife and plants for the past 35 years," said John Kostyack, executive director of the National Wildlife Federation's Wildlife Conservation and Global Warming initiative.

Under current law, federal agencies must consult with specialists at the Fish and Wildlife Service or the National Marine Fisheries Service to determine whether a project is likely to jeopardize any endangered species or to damage habitat, even if no harm seems likely.

This initial review usually results in accommodations that better protect the 1,353 animals and plants in the United States listed as threatened or endangered and determines whether a more formal analysis is warranted.

The Interior Department said such consultations are no longer necessary because US agencies have developed expertise to review their own construction and development projects, according to the 30-page draft obtained by the AP.

"We believe federal action agencies will err on the side of caution in making these determinations," the proposal said.

The director of the Fish and Wildlife Service, H. Dale Hall, said the changes would help focus expertise on "where we know we don't have a negative effect on the species but where the agency is vulnerable if we don't complete a consultation." Responding to questions about the process, he said, "We will not do anything that leaves the public out of this process."

The new rules were expected to be formally proposed immediately, officials said. They would be subject to a 30-day public comment period before being finalized by the Interior Department, giving the administration enough time to impose them before November's presidential election. A new administration could freeze any pending regulations or reverse them, a process that could take months.

Congress could also overturn the rules through legislation, but that could take even longer.

Between 1998 and 2002, the Fish and Wildlife Service conducted 300,000 consultations. The National Marine Fisheries Service, which evaluates projects affecting marine species, conducts about 1,300 reviews each year.

The reviews have helped safeguard protected species such as bald eagles, Florida panthers and whooping cranes.