Bush to sign measure; analysts say it's not enough 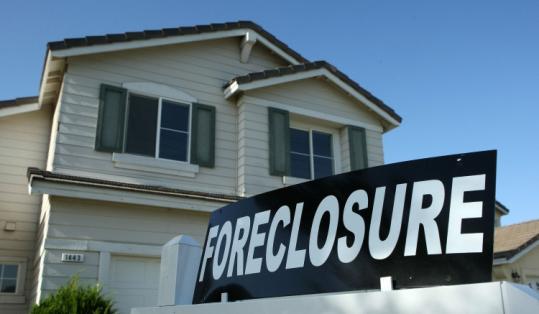 WASHINGTON - A huge bipartisan majority in the Senate voted yesterday to send a sprawling housing bill to the White House, seeking to halt the steepest slide in home prices in a generation, rescue thousands of families from foreclosure, and restore confidence in the nation's largest mortgage-finance firms.

But consumer advocates and other analysts said the package of programs for cash-strapped homeowners and shaken mortgage lenders is unlikely to relieve the foreclosure crisis that is driving the nation toward recession.

"This is not the end of the housing crunch," said Jared Bernstein, a senior economist at the Economic Policy Institute. "Housing prices have already fallen 15 percent, and they need to fall 10 percent more. This bill isn't going to change that equation."

The Senate, in a rare Saturday session, voted 72 to 13 to approve the bill. White House officials said President Bush is likely to sign it by midweek, despite his opposition to nearly $4 billion in aid to local communities.

During Senate debate, Senator Chris Dodd, a Connecticut Democrat and one of the bill's lead sponsors, cited a litany of grim statistics about the mortgage crisis. Dodd, chairman of the Senate Banking Committee, said that an estimated 8,500 families a day are falling into foreclosure and that one in every eight homes is projected to enter foreclosure over the next five years.

"The American dream has become a nightmare for countless families," Dodd said, urging his colleagues to vote for a bill that he acknowledged is "not perfect . . . and will not perform miracles."

Both presidential candidates, Senators John McCain of Arizona and Barack Obama of Illinois, expressed support for the legislation.

"This is not the bill he would have drafted on his own. But it's time for action," said McCain economic adviser Douglas Holtz-Eakin.

Republican lawmakers, particularly in the House, have blasted some of the measure's key provisions as bailouts for irresponsible borrowers and risk-addicted financial institutions that could wind up costing taxpayers hundreds of billions of dollars.

Last week, the House approved the bill, 272 to 152, with three-quarters of GOP lawmakers voting no.

With elections looming in November, many lawmakers felt compelled to respond to a crisis that has pushed more than 1.5 million families into foreclosure. But the move is not without political risk.

A Los Angeles Times/Bloomberg poll conducted in late June found that 55 percent of those surveyed support aiding homeowners "who have been caught between rising mortgage payments and falling home values and are in danger of losing their homes."

But more than a third were opposed, with 1 in 5 saying they strongly opposed the idea.

Analysts said lawmakers had little choice but to act. "Everything is so unstable and people are so panicky that I see a lot of this as an effort to calm people down," said Deborah Lucas, a finance professor at Northwestern University's Kellogg School of Management. "The whole bill is an attempt to change the equilibrium."

The legislation, which could help about 400,000 struggling homeowners, was hammered out over the past two weeks in bipartisan negotiations between lawmakers and Treasury Secretary Henry M. Paulson Jr.

Paulson's request for authority to prop up faltering mortgage giants and lent a final burst of urgency to legislation that had been proposed in March and propelled by crisis, starting with the collapse of the Wall Street investment bank Bear Stearns.