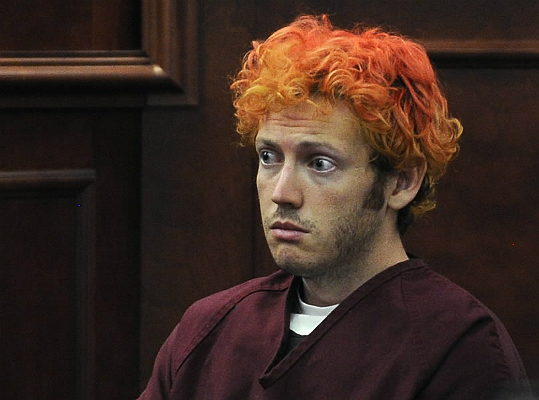 by Yvonne Chan, Boston.com correspondent
The Colorado movie theater shooting suspect showed little emotion as he made his first court appearance with reddish orange hair. James Holmes was wide-eyed, frowning and unshaven as he sat staring down. At one point he closed his eyes as a judge spoke.

Authorities say the 24-year-old former graduate student is refusing to cooperate and it could take months to learn what prompted the horrific attack. Holmes has been held in solitary confinement since Friday.

Certain traits emerge time and time again within the backgrounds and biographies of these assailants. Read more.