Arizona's newly passed immigration law, which polls indicate has broad support in Arizona and nationwide, has sparked protests and fueled rallies across the country. Joining a chorus of criticism nationwide, the Boston City Council today passed a resolution to boycott Arizona.

The resolution calls for the city not to invest in state or local government in Arizona, in protest over the state's new immigration law. Other entities have also taken steps to boycott Arizona.

At right, an obelisk and a barbed wire fence mark the border between the United States and Mexico on at Montezuma Pass, Arizona. 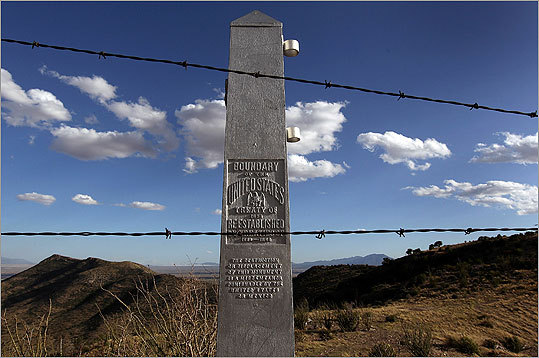