Standing by their spouses 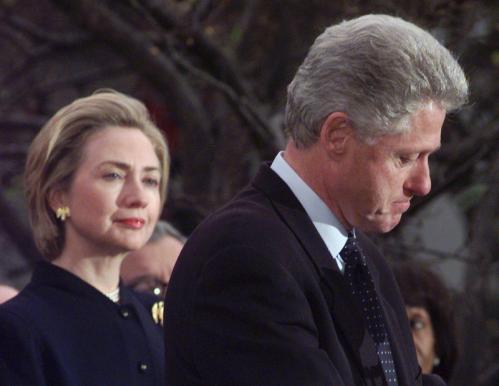 Hillary Rodham Clinton stood in the background on Dec. 19, 1998, as President Bill Clinton thanked Democratic members of the House of Representatives who voted against impeachment and vowed to complete his term.

President Clinton was impeached and later acquitted after he gave evasive and misleading testimony under oath and publicly denied having had sexual relations with former intern Monica Lewinsky, only to be forced into a humiliating reversal.
(AP Photo)