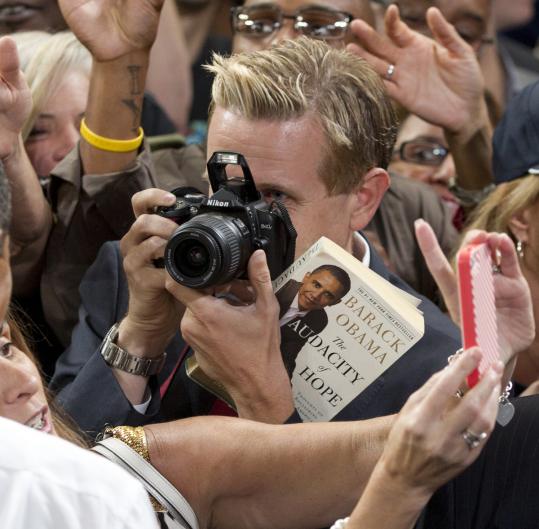 President Obama and Mitt Romney campaigned Thursday in Las Vegas and St. Louis, respectively. The Republican may defy the notion that an incumbent will have a financial edge. (Whitney Curtis/Getty Images)
By Callum Borchers Globe Correspondent / June 8, 2012
Text size – +

Mitt Romney and affiliated Republican committees outraised President Obama and Democratic counterparts by nearly 30 percent in May, a performance that almost certainly has dealt Obama his first defeat in any fund-raising period since the final quarter of 2007. Both Obama and Romney have formed joint fund-raising committees; Romney’s raked in $76.8 million last month, besting Obama’s $60 million. Obama has been the fund-raising leader in every presidential campaign filing periods, dating to the 2008 election cycle.