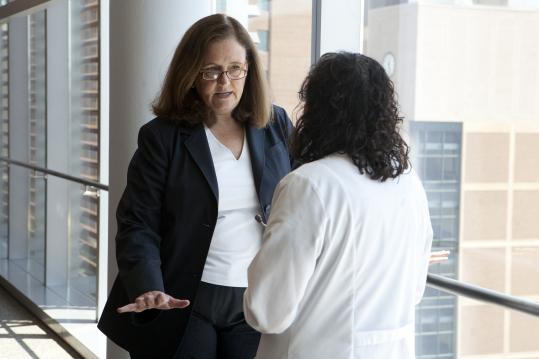 A Supreme Court ruling against President Obama’s landmark health care law could prompt challenges to the Massachusetts law that inspired it, according to legal specialists and activists following the case.

The legal case against the federal Affordable Care Act pivots on the constitutionality of its requirement that nearly every American obtain health insurance. Massachusetts was the first state to introduce such an individual mandate when lawmakers passed Governor Mitt Romney’s health care plan in 2006.

The tenor and aggressiveness of the justices’ questions during three days of oral arguments on the federal law have caused some legal analysts to predict the court could strike down the individual mandate - if not the entire law. If that happens, observers say, the ruling would probably encourage a lawsuit in Massachusetts or embolden organizers to repeal the state’s mandate at the ballot box.

State Attorney General Martha Coakley has noted that no one has mounted a serious legal challenge to Massachusetts’ health care law in the six years since it was enacted.

Massachusetts health care executives said they do not foresee any danger to the state law, even if the Supreme Court deems the federal law unconstitutional.

“What I’ve told my team is that no matter what happens at the Supreme Court, and whether or not President Obama is reelected, health care reform will continue in Massachusetts,’’ said Kate Walsh, chief executive of Boston Medical Center, the state’s largest safety net hospital. “What might happen, though, is that the state would have fewer funds to do the work.’’

Brian T. Fitzpatrick, a professor at Vanderbilt Law School, said he believes the Massachusetts law could withstand a lawsuit like the one on which the Supreme Court will rule in June. If the federal mandate falls, he said, “it’s going to go down because the Congress didn’t have the power to do it.’’

It would be difficult to make a similar argument, based on the powers enumerated in the Constitution’s commerce clause, against any state legislature, Fitzpatrick said.

Rosen said the individual liberty argument would enable challengers to draw on such precedents as Roe v. Wade and Planned Parenthood v. Casey, which established and upheld abortion rights. The first class action against Obama’s health care law, filed in Mississippi in April 2010, referenced both cases.

Lower courts that upheld the federal health care law have discredited the individual liberty case. Unlike auto insurance, required only for people who own cars, mandatory health insurance “addresses economic decisions regarding health care services that everyone eventually, and inevitably, will need,’’ George Steeh, a federal judge in Michigan, wrote in a 2010 decision.

Coakley’s office declined to comment on how it would defend a suit based on individual liberty arguments.

Bridget Fay, a spokeswoman for the conservative group Massachusetts Against the Individual Mandate, characterized a state lawsuit as a long shot and said the organization is concentrating its efforts on forcing a referendum for repeal of the Massachusetts mandate in 2014.

Last fall, Coakley approved the wording of a ballot question proposed by Fay’s group, which would have put the individual mandate to a vote this November. Massachusetts Against the Individual Mandate failed to collect enough signatures, however, to place the question on this ballot.

“If the Supreme Court rules that the individual mandate is unconstitutional, I think it might give us some energy,’’ said Fay, who holds a law degree.

Carla A. Howell, cofounder of the Center for Small Government and a former Libertarian candidate for Massachusetts governor, also said a ballot initiative is the best way to attack the mandate.

“An initiative to repeal ‘Romneycare’ needs to be on the ballot,’’ said Howell, who has led two ballot efforts to repeal the state income tax and one to cut the state sales tax by more than half.

A poll published last year by the Globe and the Harvard School of Public Health suggested that a referendum on the mandate could be close. A narrow majority of state residents, 51 percent, said they support the mandate; 44 percent opposed it, up from 35 percent in a 2008 poll.

But Stuart Altman, who teaches health care policy at Brandeis University, argued that a ballot initiative would probably fail because the overall health care law is increasingly popular. The Globe/Harvard survey found that more residents than ever - almost two thirds - support it.

“I do think there will be some movement to do away with it,’’ he said. “But I’m pretty confident that it won’t succeed.’’

Even if the state keeps its health care law, a Supreme Court decision rejecting the national law would nullify its expected benefits for Massachusetts health care providers. Hospitals near state borders and nationally renowned centers in Boston draw a large percentage of patients from out of state. Some of these patients, especially those on Medicaid, can’t get coverage through their states’ insurance programs.

The national law, however, would assure them some level of coverage.

Dana-Farber Cancer Institute gets roughly 15 percent of its patients from out of state, while nearby Children’s Hospital Boston gets more than 20 percent.

“For kids, the difference between coverage state to state across the state Medicaid programs could be incredibly problematic,’’ said Dr. James Mandell, chief executive of Children’s.

Rosen did not handicap the odds on a challenge to Massachusetts’ health care law but said the most effective way to end the state’s individual mandate would be to pursue both a lawsuit and a ballot initiative.

“Lawsuits move much more slowly, and if the challengers could get it on the ballot, that would be quicker,’’ Rosen said.

Robert Weisman of the Globe staff contributed reporting. Callum Borchers can be reached at callum.borchers@gmail.com. Follow him @callumborchers.