US experiences rise in multigenerational households

Three-generation homes up by 30% over past decade 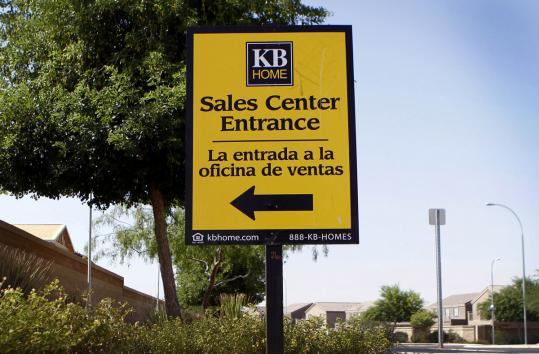 NORWALK, Calif. - When advertising executive John Gallegos wanted to promote a new package of Spanish-language channels for client , he put together a spot featuring the fictional Gutierrez clan gathered around television sets in their home.

A smiling grandfather hands out popcorn in the ad. Gutierrez women weep along with a soap opera. A younger family member looks up words in a Spanish-English dictionary. And everyone shouts when a little girl tries to change the channel during a soccer match.

“It’s a snapshot of all the different extensions of what a Hispanic family could be,’’ said Gallegos, chief executive of Grupo Gallegos in Huntington Beach, Calif.

The United States is experiencing a surge in the multigenerational households that were once a common feature of American life, and Hispanic and Asian families are driving the trend, according to US Census Bureau data. The number of such households, defined as those with three or more generations living under one roof, grew to almost 5.1 million in 2010, a 30 percent increase from 3.9 million in 2000, the data show.

Such families hit 2.9 million in 1950 and did not top that again until four decades later, according to the Washington-based Pew Research Center. At the 1980 low, multiple-generation homes represented just 2.9 percent of all US households, down from 7.8 percent in 1900.

Although the term multigenerational invokes images of grandma churning butter on a pioneer farm or turn-of-the-century immigrants crammed into tenements, today’s extended families are more likely to live in suburbs. Among large cities, the one with the highest percentage of multigenerational households, at 16 percent, is Norwalk, Calif., a collection of largely single-family homes 15 miles south of Los Angeles.

“Many conservatives are locked into this 1950s paradigm of the nuclear family,’’ said Joel Kotkin, author of “The Next Hundred Million: America in 2050,’’ a book about demographics. “Boomers are aging in place. Immigrants move in with their cousins. The suburbs are changing.’’

Job losses and the difficulty of purchasing a home make young people more likely to live with their parents, according to D’Vera Cohn, a senior writer with Pew who has studied the trend. Longer life spans and growth in the Hispanic and Asian populations keep older people in the house.

The nation’s two fastest-growing ethnic groups are 50 percent more likely to live in multigenerational families than white people are , according to Pew research.

“Among immigrants, it’s the way their lives were lived in their home countries,’’ Cohn said in an interview.

Corporate America is figuring out ways to create products for, and market to, these multi-income, multifaceted families, Gallegos said.

Home builder is seeing increased demand for what it calls double master suites, two large bedrooms with attached bathrooms to accommodate parents living with their adult children, according to Cara Kane, a spokeswoman for the company, which is based in Los Angeles.

All 10 of the largest communities in the United States ranked by their percentage of multigenerational households were within an hour’s drive of the nation’s second- largest city. All had populations of more than 100,000.

At the National Council of La Raza’s National Latino Family Expo held in Washington, businesses tried to reach as broad an audience as possible, according to Georgina Salguero, director of sponsorship for the event. Johnson & Johnson’s booth featured everything from its namesake baby oil to Aveeno antiaging creams. demonstrated modern takes on classic ethnic recipes, Salguero said.

Asians, as well as Hispanics, are increasingly gathering under one roof. The state with the largest percentage of multigenerational households was Hawaii at 8.8 percent, twice the national average of 4.4 percent. The 50th state owes its large percentage to high real estate prices and the 47 percent of its population that is of Asian or Pacific Island descent, according to Sarah Yuan, a sociologist at the University of Hawaii at Manoa.

Her research on the state’s Filipino residents found multigenerational households are most common among the poor, who live together so they can pool their resources, and the rich, who have the space.

“A lot of times it’s for economic reasons,’’ Yuan said in an interview. “Other times it’s just cultural preferences.’’

Few areas of the country have seen larger economic and cultural changes than Southern California. Norwalk, the Los Angeles suburb with the highest percentage of multigenerational households in the US, was mostly dairy farms in the 1930s.

The city saw an explosion in residents at the end of World War II, as returning soldiers swelled the population to 35,000 in 1950 from 5,770 just 10 years earlier, according to a municipal history.

By the time Norwalk incorporated in 1957, the city’s developable land was largely built out, according to Kurt Anderson, director of community development. Population increases and additions put on existing structures have strained the municipality, which now counts 105,000 residents.