Said to have been vocally ‘anti-Western’ 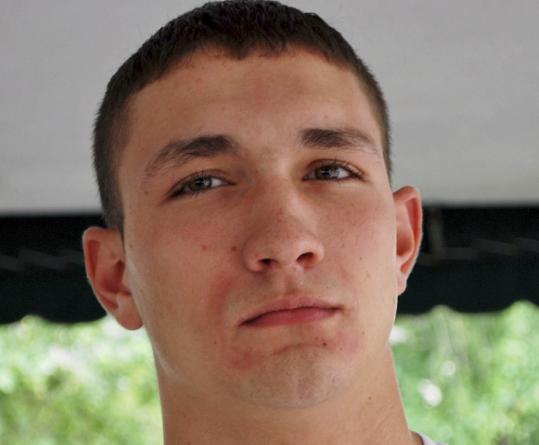 In late 2010, Jason Naser Abdo, the soldier charged yesterday in a bomb plot targeting personnel at Fort Hood, Texas, called the Military Religious Freedom Foundation looking for help in his effort to be discharged from the US Army as a conscientious objector.

Zachari Klawonn, then a specialist in the Army and the foundation’s liaison with Muslims in the military, spoke to Abdo by phone for a half-hour and came back with a blunt assessment: Stay away from him.

“He was very anti-American, anti-Western, anti-Army,’’ Klawonn said. “There was something off about his demeanor. I said it would not be wise to take this guy on as a client.’’

During the next couple of months, Abdo, who was based at Fort Campbell, Ky., with the 101st Airborne Division, continued to phone and e-mail Klawonn and insisted that he wanted to go to Fort Hood, where Klawonn was based.

Klawonn brushed him off and eventually stopped taking his calls, in part because he didn’t want someone so vocally antimilitary around a base still trying to recover from the shooting rampage of Major Nidal Hasan, the Army psychiatrist who faces capital murder charges in the deaths of 13 people.

When Klawonn spoke of Hasan as an “atrocious killer,’’ Abdo seemed to demur, saying the major might have been forced into a corner.

“We just never felt good about him,’’ said Michael Weinstein, the founder and president of the Military Religious Freedom Foundation, who also spoke to Abdo.

Abdo, 21, was charged yesterday in US District Court in Waco, Texas, with possession of an unregistered destructive device in a bomb plot. He faces up to 10 years in prison if convicted.

When the judge entered the courtroom, Abdo refused to stand, according to the Associated Press. At the end of the proceeding, as Abdo was led out of the courtroom, he shouted, “Nidal Hasan, Fort Hood 2009’’ and called out the name of an Iraqi girl who was raped and murdered in 2006 by US soldiers.

Abdo was arrested Wednesday in Killeen, Texas, and authorities said they discovered bomb-making materials in his backpack and in a motel room, as well as a copy of an article from the Al Qaeda magazine Inspire, produced by the terrorist group’s Yemen affiliate.

Abdo was discharged from the Army in May, on the same day that military authorities charged him with possession of child pornography, an allegation that his lawyer said he has denied.

Abdo’s father, Jamal, was deported to Jordan in February 2010 after being convicted of soliciting sex online from a police officer posing as a 15-year-old girl called “Molly,’’ according to court records cited by the Dallas Morning News.

Jamal Abdo, interviewed in Jordanby the AP, rejected the allegations against his son. “My son loved people no matter who they are, whether Jews or Christians,’’ he said. “Naser is not the kind of a person who harbors evil for the other people, he cannot kill anyone and he could not have done any bad thing.’’

Yesterday, neighbors of the modest house where members of the family lived until recently described them as pleasant but occasionally troubled.

Abdo’s mother, who has moved to a nearby house, would not comment.

Doss said the mother, Carlisa Abdo Morlan, worked hard and displayed Bibles, candles and Christian memorabilia in the house. “They were nice people,’’ said Kennetha Williams, 25, a neighbor. “It was a major shock when my mom told me what happened.’’

About three years ago, Abdo was spending a lot of time at the Dallas Central Mosque, said Awais Khan, owner of the JIT Enterprises, which briefly employed him. At the mosque, Abdo was known as Naser.

“He used to always be in the mosque. He was very devout,’’ Khan said.

But while he was working for the company, collating orders for watches, his behavior was “abnormal,’’ Khan said. “I had an angry chit-chat with him. . . He would not do what I asked so I quickly got rid of him.’’

In a submission to the Army to support his request for a discharge as a conscientious objector, Abdo struck a different tone from his conversations with Klawonn and said he entered the military believing that his religion was compatible with service.

But he said he was harassed because he was a Muslim during basic training at Fort Benning, Ga., and as a result became silent and reclusive.

“They would ask me if I would murder my family if they were enemy combatants,’’ Abdo wrote of fellow trainees.

Abdo wrote that in early 2010, while preparing for deployment to Afghanistan, he “began studying Islamic teachings about war and peace.’’

He wrote that he came to the conclusion that he could not participate in the wars in which the United States was fighting, or might someday fight, because they were not initiated by a “just Muslim ruler.’’