Set to retire, the last Army draftee ‘loves being a soldier’ 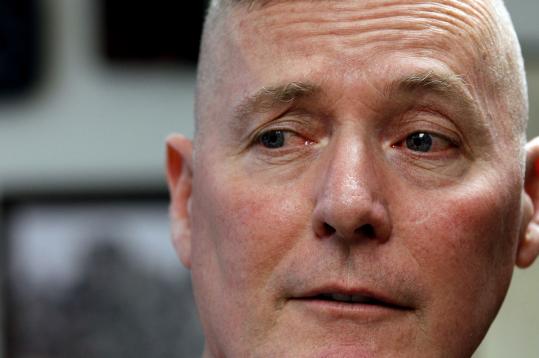 FORT BELVOIR, Va. - He didn’t join the Army willingly, but as Command Sergeant Major Jeff Mellinger prepares to retire, he is grateful he found his calling.

Mellinger, 58, was drafted to fight in the Vietnam War, and the Army believes he is the last draftee to retire, after 39 years. Most did their two years and left. But Mellinger had found home.

“I think I’m pretty good at it, but I like it,’’ he said. “That’s the bottom line. I love being a soldier and I love being around soldiers.’’

When the draft notice arrived in the mail in 1972 at his home in Eugene, Ore., tens of thousands of troops had been killed and antiwar protests were rampant. The return address on the letter was the White House. Just 19, he was impressed that President Richard Nixon would write to him. “I opened it up and it said, ‘Greetings from the president of the United States.’ I said, ‘Wow, how’s he know me?’ ’’ Mellinger said, laughing.

Once the path was set, he said, he didn’t consider trying to find a way out.

He earned a spot in the Army Rangers, and would go on to do more than 3,700 parachute jumps. He was made a command sergeant major in 1992.

Nearly a decade later, he was sent to ground zero in New York right after the Sept. 11, 2001, terrorist attacks. Then came his time as the top enlisted soldier of the multinational forces in Iraq, where he says he survived 27 roadside bombings during his deployment of nearly three years straight.