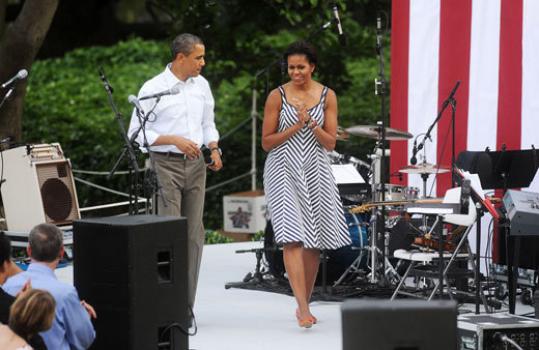 Brown’s advance for “Against All Odds’’ was divulged in financial disclosure forms released yesterday for members of Congress. They offer a picture of lawmakers’ financial holdings and dealings, listed in broad ranges rather than exact amounts.

In other disclosures, Representative Charles Rangel, censured last year by the House for ethics violations, sold his Dominican Republic villa that prominently figured in the charges. Rangel, a New York Democrat, reported selling the Punta Cana beach villa in December for between $250,000 and $500,000.

The 81-year-old lawmaker became the first House member censured in 27 years when the House rebuked him last December. The charges against Rangel included his failure to pay taxes for 17 years on rental income from the villa. As part of its resolution, the House required him to pay those taxes.

New House Speaker John Boehner doesn’t have as many millions as his predecessor, Nancy Pelosi, but like many new committee chairmen and other leaders, he has holdings in companies that have major financial stakes in the actions of Congress.

For Boehner, that includes a portfolio of stocks in oil companies, financial firms, communication companies and pharmaceuticals. Holdings among other lawmakers include farmland, real estate, and investments in high tech companies.

None of this is violates congressional ethics rules. The rules state that members can’t use their official positions for personal gain and limits to $26,100 what they can earn as a director of a business or for actual work performed outside Congress. They, however, do not limit personal investments, a source of considerable wealth for many lawmakers.

■ Senator Maria Cantwell, a Washington state Democrat, still carried loans of between $1 million and $5 million from her 2000 campaign.

The Center for Public Integrity reported that Obama supporters who raised $50,000 or more for his 2008 presidential campaign have been tapped for ambassadorships, government jobs, or unpaid advisory positions.

The report also said that at least 19 fund-raisers are connected to businesses that could benefit from government programs.

The practice of rewarding campaign contributors is hardly unusual. Political appointments typically go to supporters of a president because they are chosen to help him further his agenda. Obama, however, ran a campaign that promised to keep special interests out of his administration.

The White House said it has selected individuals for administration posts based on their qualifications.

“Being a supporter does not qualify you for a job or guarantee you a job, but it does not disqualify you, obviously,’’ White House spokesman Jay Carney said.

The center’s report found that 80 percent of Obama backers who raised more than $500,000 landed in administration posts. It also reported that about a third of the ambassadors he has named were political appointments, not career foreign service officers. That rate tracks with recent presidencies. Of the political appointments to ambassadorships, 24 were fund-raisers, the report said.

Carney said the Obama administration has imposed tough ethical standards and that its activities have been more transparent than other administrations.

During his campaign, Obama released the names of more than 550 fund-raisers who collected, or “bundled,’’ $50,000 or more from contributors.

The report said those fund-raisers and their families, many of whom are friends or acquaintances of the president, also accounted for more than 3,000 visits to the White House for either meetings or social events. — ASSOCIATED PRESS