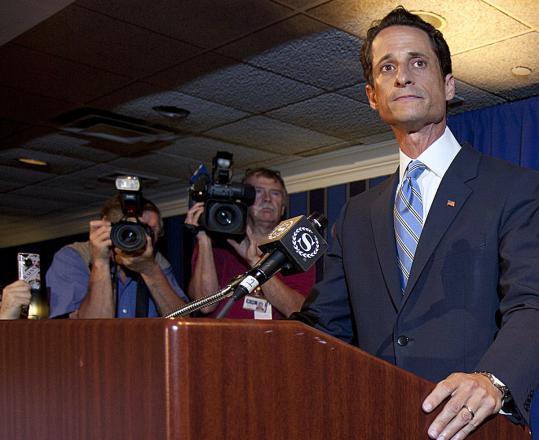 NEW YORK — Gennette Cordova said she did not even think the photo was real.

It was nearly 9 p.m. on a Friday when Cordova, who was preparing to head out for the night with a friend, logged onto Twitter and discovered that Representative Anthony D. Weiner had sent her a suggestive photo of himself in gray boxer briefs.

“It didn’t make any sense,’’ Cordova, a 21-year-old college student in northwestern Washington state, said in her first extensive interview since Weiner confessed in a news conference Monday to sending her the photo. “I figured it must have been a fake.’’

Cordova’s experience with Weiner appears to fit a pattern: In rapid and reckless fashion, he sought to transform informal online conversations about politics and policy into sexually charged exchanges, often laced with racy language and explicit images.

Cordova, who had text-messaged with Weiner, a New York Democrat, about their shared concern over his conservative critics, said she had never sent Weiner anything provocative. Asked if she was taken aback by Weiner’s decision to send the photo, she said, “Oh gosh, yes.’’

Cordova spoke to The New York Times as Weiner faced intensifying calls for his resignation because of his acknowledged online sexual communications with at least six women over a period of three years. Yesterday, House leaders began a concerted effort to persuade him to step down, as another of his missives, more explicit in nature, surfaced and word went out that his wife, Huma Abedin, an aide to Secretary of State Hillary Rodham Clinton, is pregnant.

At least six House Democrats called yesterday for Weiner to step down, including Niki Tsongas. Tsongas, the only woman in Massachusetts’ 10-member congressional delegation, has championed efforts to combat sexual assault in the military.

The women who have acknowledged encountering Weiner on social media and then having personal communications with him varied in age, race, and location, and even in their willingness to engage the congressman in sexual discourse. But in each case Weiner’s online conduct in many ways mirrored that of his offline life — he was aggressive, blunt, feisty, and willing to push boundaries with an apparent disregard for the possible consequences.

The women came to his attention after he had come to theirs. Usually they were admirers of his scrappy progressive politics and youthful energy, and either posted an enthusiastic comment on his Facebook page or sent him an admiring Twitter message.

Cordova was first impressed with Weiner after she saw him take on Representative Michele Bachmann, a Tea Party-backed Republican from Minnesota, on Fox News’s “Hannity.’’ Cordova and her boyfriend thought the congressman was smart and funny, and they both started following him on Twitter.

“I tweeted words of support for him as a politician, and I retweeted his tweets often’’ this spring, Cordova said, in conversations by phone and e-mail over the last two days.

Weiner, at his news conference Monday, said he had sent Cordova the underwear photo “as part of a joke.’’ But Cordova said that the image was unlike their previous interactions.