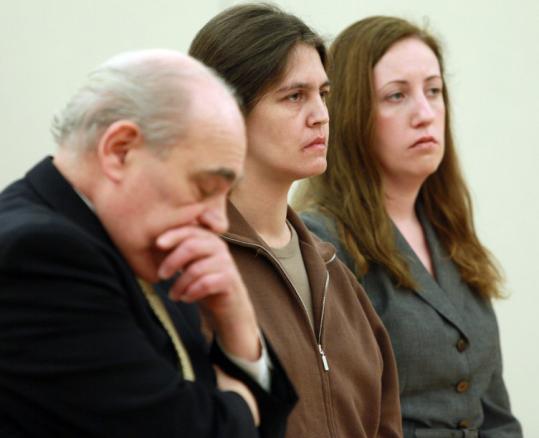 WHITE PLAINS, N.Y. — A woman who admitted strangling her “disrespectful’’ 18-year-old daughter on a college campus was sentenced yesterday to 20 years in prison.

She was also ordered to have no contact with her surviving child.

The plea deal was offered after doctors for both sides agreed Pagli was emotionally disturbed when she killed Marissa Pagli at Manhattanville College in Purchase. She was originally charged with murder.

In court yesterday, she signed an order of protection for her 4-year-old daughter.

Marissa Pagli, a freshman at the school, was killed in February 2010 in the family’s on-campus apartment. Her father, John Pagli, a maintenance supervisor at the college, found the body.

He sobbed in court yesterday and told acting state Supreme Court Justice Richard Molea, “I am forced to live with a broken heart that’s beyond repair.’’

Stacey Pagli told police she had killed her daughter because she “pushed my last button’’ and was “disrespectful all the time.’’

After the killing, Stacey Pagli tried to commit suicide by cutting her left wrist and hanging herself on a doorknob, prosecutors said.