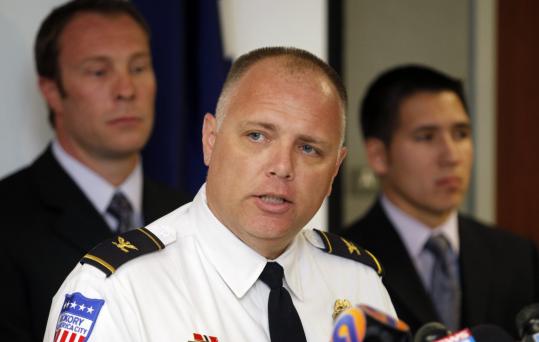 HICKORY, N.C. — The stepmother of a 10-year-old disabled girl was indicted yesterday on charges she killed the child and then desecrated her remains to cover up the slaying, and authorities said they did not have evidence to charge anyone else in her death.

Prosecutor James Gaither Jr. said at a news conference that there was no credible evidence to suggest anyone else was involved in Zahra Baker’s slaying. The stepmother, Elisa Baker, was charged earlier yesterday with second-degree murder.

Zahra, who used a prosthetic leg and hearing aids after being stricken with cancer, disappeared four months ago.

Police eventually found the girl’s remains in different locations around western North Carolina, and Elisa Baker told authorities that she had been dismembered, according to warrants.

But until yesterday, nobody had been charged in Zahra’s death. Elisa Baker has been jailed for months, charged with obstructing justice in the investigation by writing a fake ransom note that was found when the girl was reporting missing in October.

Authorities still have not said how the girl died.

The indictment cites aggravating factors, saying Elisa Baker had a history of physically, verbally, and psychologically abusing Zahra. And it says she desecrated Zahra’s body to hinder detection and prosecution of the killing.

She said her husband, Adam Baker, dismembered the body. Adam Baker has denied that.