Romney keeps away from Tea Party 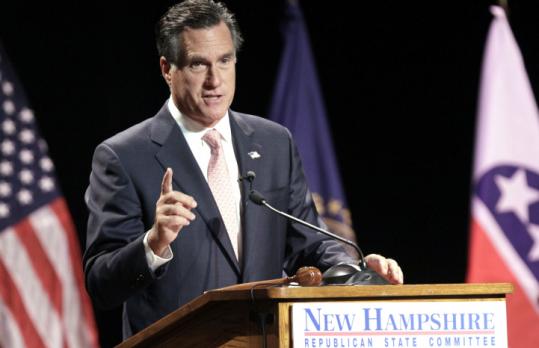 WASHINGTON — New Hampshire Tea Party movement activist Andrew Hemingway is not lacking in contact with likely presidential candidates. He’s talked hockey with Tim Pawlenty. He sat down with former Pennsylvania senator Rick Santorum at the Concord Country Club. And plans are in the works for Mississippi Governor Haley Barbour to appear before a group of Hemingway’s fellow conservatives.

A notable exception among the field of would-be GOP presidential contenders? Mitt Romney.

“Romney for the most part is inaccessible,’’ said Hemingway, a Bristol resident who is chairman of the state’s Republican Liberty Caucus. “Pawlenty, I could call him right now and say, ‘Let’s have coffee.’ ’’

As the former Massachusetts governor lays the groundwork for a possible second presidential run, he has largely shunned Tea Party activists in key primary states, including the state he must win if he enters the race, New Hampshire. Thus far, Romney is on track to present himself as the establishment candidate — a responsible, mainstream Republican leader with the necessary financial resources and credentials to beat President Obama.

But the approach carries potential risks, as the insurgent Tea Party movement shifts its focus from last year’s midterms and seeks to exert its influence on the presidential election.

Even in traditionally moderate New Hampshire, the Tea Party is ascendant. It tugged the state’s GOP congressional candidates sharply rightward last year, and one of its supporters is mounting a strong challenge in tomorrow’s election for the GOP state chairmanship. In a development that was startling even for a state with the motto “Live Free or Die,’’ the Legislature recently decided that lawmakers and visitors should be allowed to carry concealed weapons in the State House.

With the primary a year away, Romney runs the risk of being out of step with the party’s most energized, conservative voters, said Dante Scala, a political science professor at the University of New Hampshire.

“That’s a perilous role to be cast in. You’d much rather, especially at this stage, be the insurgent,’’ Scala said. “It would actually help Romney if he could convince some of these newer activists, if he could show the ability to cross from the establishment wing to the avowedly antiestablishment wing.’’

If Tea Party favorite Sarah Palin were to jump into the Republican primary and seize antiestablishment energy, she likely would pose an immediate threat to Romney and the rest of the potential field in early primary states like Iowa, Nevada, South Carolina, and possibly New Hampshire.

Romney declined requests for an interview. His advisers said it is too early to speculate on the Tea Party movement’s influence on the Republican primary field or how Romney may seek to expand his appeal. Short of courting individual activists, they said he can win the support of fervent populists by talking specifically about issues that stir their passions — tackling the national debt, reducing taxes, and cutting the size of government. They also say that Romney could begin reaching out to activist leaders later.

“I would hope the kind of issues the Tea Party cares about are issues he can address and will address,’’ said Tom Rath, a senior adviser who helped run Romney’s New Hampshire primary campaign in 2008. “As to style, I don’t think you’re going to see a different persona than the persona that’s been there for 20 years. That would be jarring. That’s not going to happen.’’

Indeed, the former Bain Capital executive projects an image that is something like a red cape to the bulls of the Tea Party: wealthy, steeped in corporate culture, a one-time moderate from Massachusetts. He defends the 2008 federal bank bailout and is despised by many conservatives for leading passage of the Massachusetts plan to provide near-universal health coverage, which served as a model for President Obama’s health care overhaul last year.

“I feel strongly — strongly — that I do not want Mitt Romney as our presidential nominee,’’ said Ted Maravelias, a Tea Party activist from Windham, N.H., who is a member of the GOP state committee and said he has been impressed with the campaign of Pawlenty, the Minnesota governor. Romney is “a fraudulent conservative. I don’t trust the guy. Be it health care, be it social issues, he’s a chameleon.’’

Romney’s chief argument on health care is that the Massachusetts model he engineered works at a state level, but that Obama’s national plan infringes on states’ rights and should be repealed. Explaining this issue would be a high priority, not just in a bid to appease Tea Party activists, but to assure mainstream Republicans who also see the Obama plan as an overreach.

“The Massachusetts health care law came up in the 2008 campaign, and if Mitt Romney decides to run again, I’m sure it will be discussed again,’’ said his senior adviser, Eric Fehrnstrom.

“I don’t necessarily think [Romney] is going to be one of those guys who goes to the Tea Party for votes the way other candidates might,’’ said Ryan Rhodes, who is chairman of the Iowa Tea Party and has been contacted by almost every presidential hopeful except Romney. “It doesn’t really fit his style of politics.’’

The measure of the Tea Party’s effectiveness in the presidential election must be viewed through the prism of early Republican primary and caucus states, which are scheduled to vote in February 2012. Groups in Iowa, New Hampshire, South Carolina, and Nevada say they are mobilizing with house parties, plans to host debates, and endorsements.

Polls show few clear trends so far in the presidential primary. Romney has been shown to have a lead in New Hampshire and Nevada, while trailing former Arkansas Governor Mike Huckabee in Iowa. Palin is not leading in any of those states.

“Candidates like Mitt Romney are surveying a new and very different primary electorate,’’ said Fergus Cullen, a former chairman of the New Hampshire Republican Party. “They’re trying to see which strands of the conservative movement are going to have the most influence.’’

Without a Democratic primary contest in the upcoming election, Romney supporters can count on a wave of independents casting ballots in New Hampshire and South Carolina — which allow nonparty voters to participate in the primary. The diffuse nature of the Tea Party could also work to his advantage.

“Even getting the Tea Party person to endorse them I don’t know that it makes a difference,’’ said Adam Brandon, spokesman for FreedomWorks, a Washington-based Tea Party-affiliated group. “Endorsements don’t matter anymore.’’

The courting by Romney’s potential rivals has nonetheless begun in earnest. Conservative figures such as Ovide Lamontagne, who attracted Tea Party support in his narrow US Senate primary loss in New Hampshire, are hosting events at his Manchester home.

“Their significance is their engagement, which they clearly demonstrated in the 2010 election,’’ Guinta said. “They’re only going to get more influential in the presidential.’’