Nephew challenges use of JFK’s words 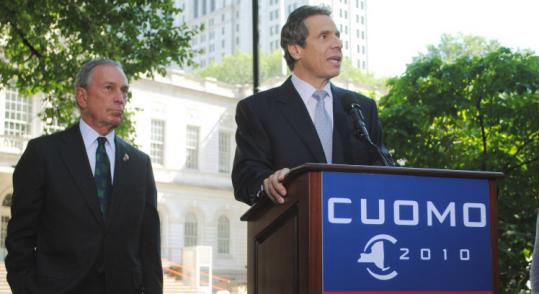 The two-page letter from Edward M. Kennedy Jr., obtained by the Associated Press, calls the ad misleading to voters. The letter says McMahon “distorts the legacy of President Kennedy in order to mislead voters into thinking’’ that he would have supported her position on tax policy.

The 30-second spot has appeared so far only on McMahon’s YouTube channel, where it was originally posted Sept. 16. A campaign spokesman said the ad will remain on YouTube. He did not rule out running it on television.

“Kennedy proposed across-the-board tax cuts because he recognized that a high tax ‘reduces the financial incentives for personal effort, investment, and risk-taking,’ ’’ said spokesman Ed Patru, quoting the former president. “That was the case 47 years ago, and it’s the case today.’’

The ad features grainy footage from 1963 of Kennedy discussing the economic importance of tax cuts, saying “every dollar released from taxation that is spared or invested would help create a new job.’’ It ends with the words “A good idea then, a better idea now.’’

McMahon has voiced support for extending the soon-to-expire Bush-era tax cuts, including those for individuals making more than $200,000 and joint filers making more than $250,000 in adjusted gross income. The former wrestling executive argues that those higher-income brackets include many small-business owners who are key to the economy.

Kennedy, the son of the late senator Edward M. Kennedy of Massachusetts, argued in his letter that the US economic scenario was very different when the former president called for a reduction in taxes.

The “Pledge to America,’’ circulated to GOP lawmakers yesterday, emphasizes job creation and spending control, as well as changing the way Congress does business.

It pairs some familiar Republican ideas — such as deep spending cuts, medical liability reform, and stricter border enforcement — with an antigovernment call to action that draws on themes of the Tea Party movement and echoes voters’ discontent with the economy and Obama.

“Regarding the policies of the current government, the governed do not consent,’’ reads a preamble to the agenda. “An arrogant and out-of-touch government of self-appointed elites makes decisions, issues mandates, and enacts laws without accepting or requesting the input of the many.’’

It goes on to call for every bill to cite its specific constitutional authority, a vote on any government regulation that costs more than $100 million annually, and a freeze on hiring federal workers except security personnel.

Cuomo woos independents with help from Bloomberg
ALBANY — Democrat Andrew Cuomo sought to bolster his appeal among independents yesterday in the race for governor with an endorsement from Mayor Michael R. Bloomberg of New York City, as a new poll indicated that Carl Paladino, a conservative Republican, is gaining ground.

Cuomo appeared in Manhattan with the Democrat-turned-Republican-turned-independent Bloomberg, a three-term mayor. The pair tried to showcase Bloomberg’s bipartisan appeal and to link it to Cuomo, with the popular billionaire praising Cuomo as the candidate who “knows that real change requires reaching across the aisle.’’

“No one political party caused the problem,’’ Cuomo said. “Both share the blame, in my opinion.’’

Paladino, a firebrand who shocked the GOP a week ago by winning the primary, has sought to ride a wave of voter anger at Albany’s high taxes, high spending, and a string of corruption cases in state government, which is controlled by Democrats.

The Quinnipiac poll suggested that Cuomo, former attorney general, has a 49 percent-to-43 percent lead among probable New York voters. Seven percent were undecided. In previous polls of registered voters, Cuomo has held a better than 2-to-1 edge.