California to open costliest school in US — price $578m 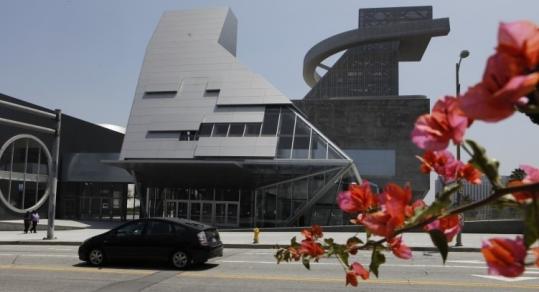 LOS ANGELES — Next month’s opening of the Robert F. Kennedy Community Schools will be auspicious for a reason other than its both storied and infamous history as the former Ambassador Hotel, where the Democratic presidential contender was assassinated in 1968.

With an eye-popping price tag of $578 million, it will mark the inauguration of the nation’s most expensive public school ever.

The K-12 complex to house 4,200 students has raised eyebrows across the country as the crème de la crème of “Taj Mahal’’ schools, $100 million-plus campuses boasting architectural panache and deluxe amenities.

“There’s no more of the old, windowless cinder block schools of the ’70s where kids felt, ‘Oh, back to jail,’ ’’ said Joe Agron, editor in chief of American School & University, a school construction journal. “Districts want a showpiece for the community, a really impressive environment for learning.’’

Not everyone is similarly enthusiastic.

“New buildings are nice, but when they’re run by the same people who’ve given us a 50 percent dropout rate, they’re a big waste of taxpayer money,’’ said Ben Austin, executive director of Parent Revolution who sits on the California Board of Education. “Parents aren’t fooled.’’

At Robert F. Kennedy Community Schools, the features include fine art murals and a marble memorial depicting the complex’s namesake, a manicured public park, a state-of-the-art swimming pool, and preservation of pieces of the original hotel.

Partly by circumstance and partly by design, the Los Angeles Unified School District has emerged as the mogul of Taj Mahals.

The complex follows on the heels of two other Los Angeles schools among the nation’s costliest — the $377 million Edward R. Roybal Learning Center, which opened in 2008, and the $232 million Visual and Performing Arts High School that debuted in 2009.

The pricey schools have been built during a sensitive period for the nation’s second-largest school system: Nearly 3,000 teachers have been laid off over the past two years, and the academic year and programs have been slashed. The district also faces a $640 million shortfall, and some schools persistently rank among the nation’s lowest-performing.

Los Angeles is not alone, however, in building big. Some of the most expensive schools are found in low-performing districts — New York City has a $235 million campus; New Brunswick, N.J., opened a $185 million high school in January.

Nationwide, dozens of schools have surpassed $100 million with amenities including atriums, orchestra-pit auditoriums, food courts, even bamboo nooks. The extravagance has led some to wonder where the line should be drawn and whether more money should be spent on teachers.

Some specialists say it’s not all flourish and that children learn better in more pleasant surroundings.