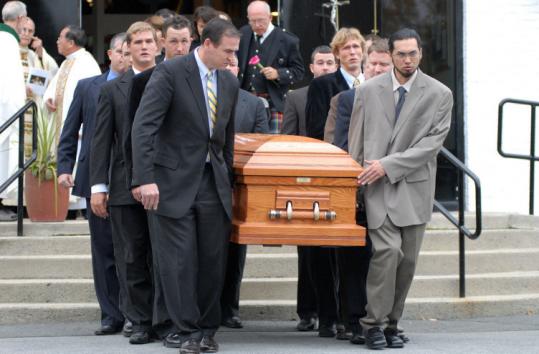 FLAGSTAFF, Ariz. - The attorney for the family of a Minnesota woman who died more than a week after being overcome in an Arizona sweat lodge ceremony said yesterday that he plans to sue over her death.

Liz Neuman, 49, of Prior Lake, suffered multiple organ damage and was in a coma before she died Saturday at a Flagstaff hospital. She was among dozens crowded into the sweat lodge Oct. 8 at a resort outside Sedona, a city 115 miles north of Phoenix that draws many in the New Age spiritual movement.

Louis Diesel, an attorney for Neuman’s family, said appropriate measures were not taken to prevent her death.

Neuman was among three people who died after more than 50 were crowded in the sweat lodge run by self-help guru James Arthur Ray. Authorities were treating all three deaths as homicides, but no charges have been filed.

Twenty-one people were taken to area hospitals with illnesses ranging from dehydration to kidney failure. Kirby Brown, 38, of Westtown, N.Y., and James Shore, 40, of Milwaukee died upon arrival at a hospital. No one else remains hospitalized.

Ray told a crowd of about 200 on Oct. 13 that he has hired his own investigative team to determine what went wrong.