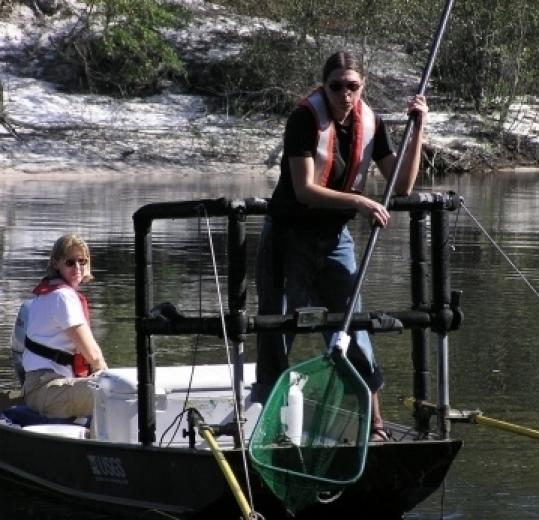 Toxic mercury was found in every fish tested in nearly 300 streams across the country in a 7-year US Geological Survey. (Mark Brigham/ USGS via AP)
Associated Press / August 20, 2009

WASHINGTON - Mercury contamination was found in every fish tested at nearly 300 streams across the country in the most comprehensive look at the spread of the toxic element in streams and rivers.

All fish had traces of contamination, and about a quarter had mercury levels exceeding what the Environmental Protection Agency says is safe for people eating average amounts of fish.

From 1998 to 2005, scientists from the US Geological Survey collected and tested more than 1,000 fish, including bass, trout, and catfish, from 291 streams nationwide.

“This science sends a clear message that our country must continue to confront pollution, restore our nation’s waterways, and protect the public from potential health dangers,’’ Interior Secretary Ken Salazar said in a statement.

Mercury consumed by eating fish can damage the nervous system and cause learning disabilities in developing fetuses and young children. The main source of mercury to most of the streams tested, according to the researchers, is airborne emissions from coal-fired power plants. The mercury released from smokestacks here and abroad rains down into waterways, where natural processes convert it into methylmercury - a form that allows the toxin to wind its way up the food chain into fish.

Some of the highest levels in fish were detected in the remote blackwater streams along the coasts of the Carolinas, Georgia, Florida, and Louisiana, where bacteria in surrounding forests and wetlands help in the conversion.

All but two states - Alaska and Wyoming - have issued fish-consumption advisories because of mercury contamination. Some of the streams studied already had warnings.