In the Facebook age, families spend less time together

Study cites a sizeable shift since 2006 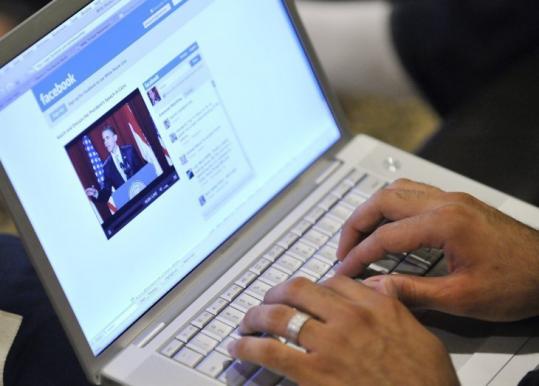 Social networks such as 5-year-old Facebook have been booming, with its active user base surging to more than 200 million users, up from 100 million last August. (Gus Ruelas/ Associated Press)
By Barbara Ortutay Associated Press / June 16, 2009
Text size – +

NEW YORK - Whether it's around the dinner table or just in front of the TV, US families say they are spending less time together.

The decline in family time coincides with a rise in Internet use and the popularity of social networks, though a new study stopped just short of assigning blame.

The Annenberg Center for the Digital Future at the University of Southern California is reporting this week that 28 percent of Americans it interviewed last year said they have been spending less time with members of their households. That's nearly triple the 11 percent who said that in 2006.

These people did not report spending less time with their friends, however.

Michael Gilbert, a senior fellow at the center, said people report spending less time with family members just as social networks like Facebook, Twitter, and MySpace are booming, along with the importance people place on them.

Five-year-old Facebook's active user base, for example, has surged to more than 200 million active users, up from 100 million last August.

Meanwhile, more people say they are worried about how much time kids and teenagers spend online. In 2000, when the center began its annual surveys on Americans and the Internet, only 11 percent of respondents said that family members under 18 were spending too much time online. By 2008, that grew to 28 percent.

"Most people think of the Internet and [our] digital future as boundless, and I do, too," Gilbert said.

But, he added, "it can't be a good thing that families are spending less face-to-face time together. Ultimately, it leads to less cohesive and less communicative families."

In the first half of the decade, people reported spending an average of 26 hours per month with their families. By 2008, however, that shared time had dropped by more than 30 percent, to about 18 hours.

The advent of new technologies has, in some ways, always changed the way family members interact.

Cellphones make it easier for parents to keep track of where their children are, while giving kids the kind of privacy they wouldn't have had in the days of landlines.

Television has cut into dinner time, and as TV sets became cheaper, they also multiplied, so that kids and parents no longer have to congregate in the living room to watch it.

"It's not like television, where you can sit around with your family and watch," he said. The Internet, he noted, is mostly one-on-one.

Likely because they can afford more Web-connected gadgets, higher-income families reported greater loss of family time than those who make less money. And more women than men said they felt ignored by a family member using the Internet.

The center's latest survey was a random poll of 2,030 people ages 12 and up was conducted April 9 to June 30, 2008, and has a margin of sampling error of plus or minus 3 percentage points.