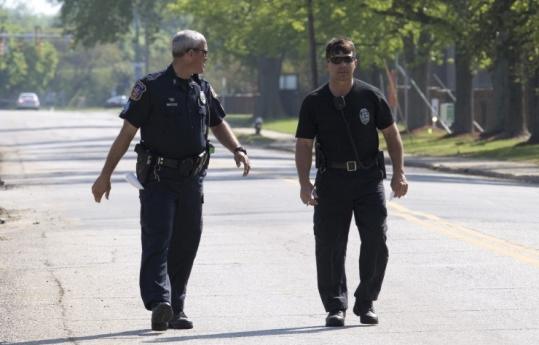 HAMPTON, Va. - A former Hampton University student armed with three guns followed a pizza deliveryman into the student's former dormitory early yesterday, shot the deliveryman and a dormitory monitor, then turned the gun on himself, university officials said. All three survived.

No students were injured, and both victims and the alleged shooter were expected to recover. Officials could offer no motive for the shooting.

William R. Harvey, university president, who said he arrived within 15 minutes of the shooting, told a news conference the incident could have been much worse.

The 18-year-old former student, who is from New York City, apparently parked his car off campus to avoid a vehicle checkpoint at Hampton's main gate, then followed the deliveryman on foot and inside a freshman dormitory, Harkness Hall. Once inside, he shot the deliveryman, entered the monitor's office and fired three shots at him, then shot himself, Hampton University Police Chief Leroy Crosby said, adding that he didn't know what prompted the shooting.

The monitor, who had two gunshot wounds in his arms and a third in the leg, has been released from the hospital, Harvey said. The other two, including the alleged shooter, were in stable condition.