5 killed, 7 hurt when powerboat slams into tug in Florida 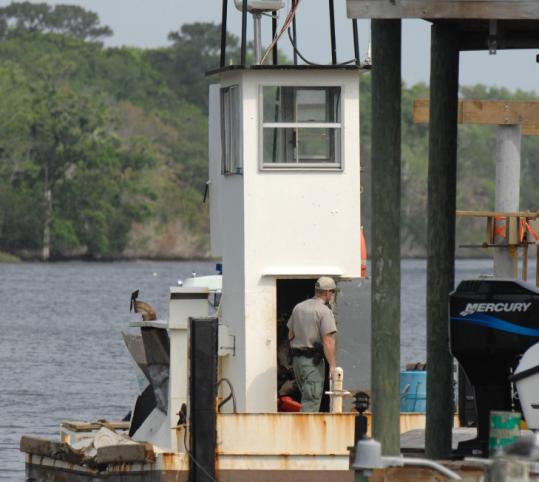 JACKSONVILLE, Fla. - Skies were clear and sunny when a powerboat packed with 12 people slammed into a docked tugboat, killing five occupants of the pleasure craft and seriously injuring seven others, authorities and witnesses said yesterday.

The 22-foot powerboat crashed into the rear of the tug at about 7 p.m. Sunday near Palm Valley in St. Johns County, about 25 miles southeast of Jacksonville, said Joy Hill, a spokeswoman for the Florida Fish and Wildlife Conservation Commission. The Intracoastal Waterway runs along Florida's east coastline.

Debi Davis and her husband, Herb, who live nearby, watched afterward as rescuers pulled the victims from a narrow section of the waterway.

"You could hear screaming as they pulled one woman out on a gurney board," Davis said.

Six people were recovering yesterday at Shands Jacksonville hospital in Jacksonville, authorities said. Two were listed in critical condition, one was in serious condition, and three were in fair condition.

Davis said she was surprised by the amount of damage and the death toll. "I don't know how they could have missed it - the tug is hard to miss," she said.

The victims' names have not been released. Hill said investigators were trying to verify their identities.