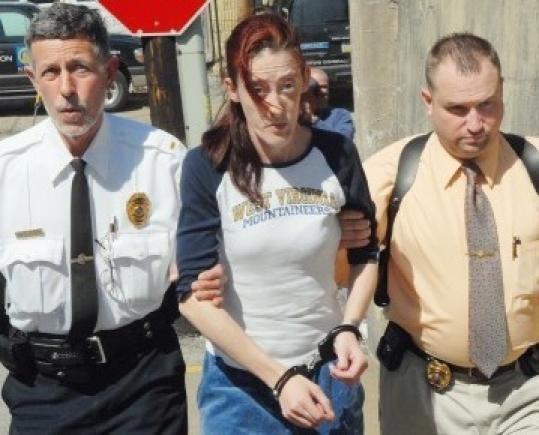 PITTSBURGH - A western Pennsylvania mother has been charged with giving her 13-year-old daughter drugs and alcohol so the woman's boyfriend could impregnate the girl without her knowing, police said yesterday.

Shana Brown, 32, is no longer able to have children but wanted to have a baby with her boyfriend, Duane Calloway, said Uniontown Police Detective Donald Gmitter. The pair decided to drug the girl so Calloway, 40, could have sex with her, he added.

"There's some sick people on this case," Gmitter said.

Brown has been charged with endangering the welfare of a child, turned herself in yesterday, and was being held in the Fayette County jail, police said. Brown's lawyer did not return a call for comment.

Calloway faces several counts of attempted rape. He was arrested Wednesday and remains in jail. The three attacks occurred in Brown's home in Uniontown, about 50 miles south of Pittsburgh, according to the criminal complaint.

The girl told police the plot was apparently hatched in December after she rejected her mother's proposal that she allow Calloway to impregnate her and then marry him.