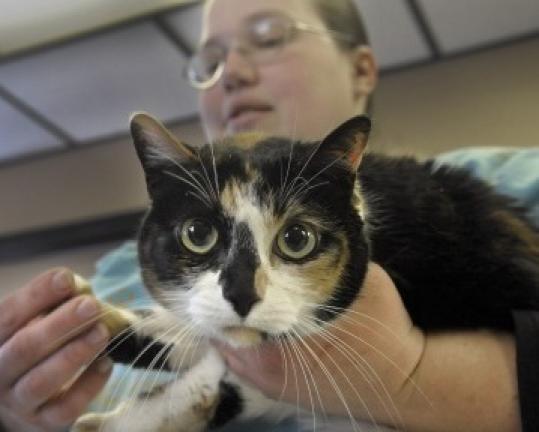 SPOKANE, Wash. - The mysterious mewing in Vickie Mendenhall's home started about the time she bought a used couch for $27. After days of searching for the source, she found a very hungry calico cat living in her sofa.

Her boyfriend, Chris Lund, was watching television Tuesday night and felt something move inside the couch. He pulled it away from the wall, lifted it up, and there was the cat, which apparently crawled through a small hole on the underside.

Mendenhall contacted Value Village, where she bought the couch, but the store had no information on who donated it. So she took the cat to the animal shelter where she works and contacted media outlets in hopes of finding the owner.

Bob Killion of Spokane claimed the cat Thursday after an acquaintance alerted him to a TV story about it. Killion had donated a couch Feb. 19, and his 9-year-old cat, Callie, disappeared about the same time.