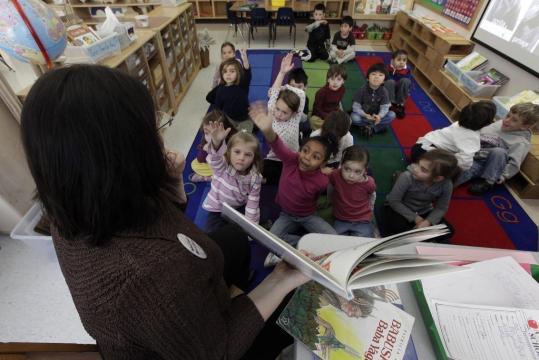 Many have long argued that African-American history should be incorporated into year-round education. Now, contentions that Black History Month is outdated are gaining a new potency, as schools diversify their curricula and President Obama's election opens a new chapter in the nation's racial journey.

"If Obama's election means anything, it means that African-American history is American history and should be remembered and recognized every day of the year," said Stephen Donovan, a 41-year-old lawyer.

Ending "paternalistic" observances like Black History Month, Donovan believes, would lead to "not only a reduction in racism, but whites more ready and willing and able to celebrate our difference, enjoy our traditions, without feeling the stain of guilt that stifles frank dialogue and acceptance across cultures."

The black historian Carter G. Woodson founded Negro History Week in 1926, seeking to build self-worth in an oppressed people, preserve a marginalized subject, and prove to a nation steeped in racism that children of Africa played a crucial role in modern civilization.

Woodson chose February because it contained the birthdays of Abraham Lincoln and Frederick Douglass (which belies longstanding jokes about Black History Month being relegated to the shortest month of the year). Woodson's organization, now called the Association for the Study of African American Life and History, expanded the observance to a full month in 1976.

It has now become a fixture in American education and culture - complete with the requisite commercialism - even as the shift in labels from Negro to black to African-American indicates the evolution of attitudes meant to be shaped by the event.

Obama released an official proclamation on Feb. 2 lauding "National African-American History Month," and calling upon "all the people of the United States to observe this month with appropriate ceremonies, activities, and programs that raise awareness and appreciation of African-American history."

Daryl Scott, chairman of the history department at Howard University and vice president of programming for ASALH, said Black History Month is still needed to solidify and build upon America's racial gains.

"To know about the people who make up society is to make a better society," he said. "A multiracial, multiethnic society has to work at its relationships, just like you have to work at your marriage."

"I don't see it going away," said Spencer Crew, a history professor at George Mason University, adding that a diverse year-round history curriculum can still be augmented in depth during Black History Month.

"There's a Women's History Month," Crew said. "No one would argue that we don't need to be reminded of women who have done things that are important."

Lee Eric Smith, the first black editor of the University of Mississippi student newspaper, isn't ready to get rid of Black History Month, "because, to start quoting cliches, those who don't know their history are doomed to repeat it."

Obama's triumph, to some, means that we can put assumptions - like the need for Black History Month - behind us.