Troubles that US faces today were on RFK's mind in '68 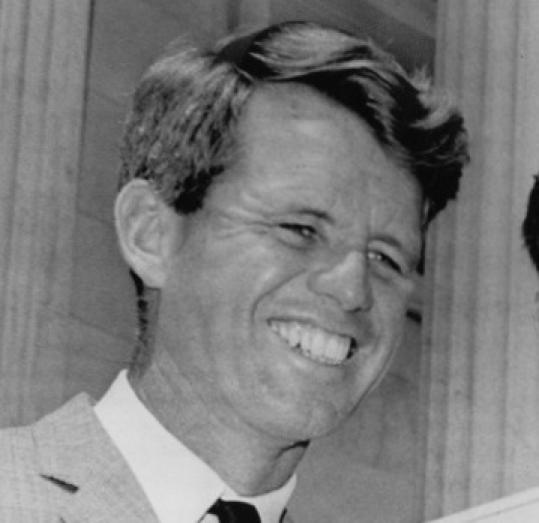 WASHINGTON - This year's presidential candidates didn't need anything as momentous as an anniversary to remember Robert Kennedy, whose image as a politician of unusual conscience was cemented four months before his death, in the hills of Kentucky.

There, Kennedy traveled 200 miles, many over dirt roads, to reach some of the nation's poorest families. It wasn't merely Kennedy's gesture of reaching out to the poor that established his reputation - others had made similar treks. It was the feelings he engendered, the air of pressing concern and sympathetic listening as he met people on sagging porches and in one-room schoolhouses.

Time has separated Robert Kennedy from the narratives he helped write - his brother's presidency, the fight for civil rights, opposition to the Vietnam War. And what remains is, simply, a person who matured and grew larger on the national stage, and used his fame to cast a spotlight on the least powerful people.

"It's been four decades since Bobby Kennedy crouched in a shack . . . and looked in the wide, listless eyes of a hungry child," Barack Obama said in July 2007, in announcing a $6 billion plan to combat poverty.

As Obama spoke, one of his rivals, John Edwards, was conducting a poverty tour of his own through places Kennedy had visited, including the Mississippi delta and eastern Kentucky.

Like the poverty tours, Robert Kennedy's other big moments have become iconic, including his great soothing speech after Martin Luther King's assassination in April 1968, and his sharp turn against the Vietnam War and a president of his own party, Lyndon Johnson.

So it's tempting now, on the 40th anniversary of Kennedy's murder, to compare the traumas of 1968 to today's - to suggest there are direct parallels between Vietnam and today's war, between RFK and today's politicians. But to some who knew Kennedy, the analogies go only so far. Better to remember simply that Robert Kennedy cared deeply for the types of problems that are facing the country today.

"I'm not sure people think of Robert Kennedy and put him in today's context," said Frank Mankiewicz, Kennedy's press secretary. "They think of him back then. It was an exciting time but a different time."

Back then, Robert Kennedy was a figure of restoration, a chance for people to reclaim "what was so cruelly taken from us," Mankiewicz said, referring to John F. Kennedy's administration.

The 4 1/2 years after the end of Camelot had, indeed, been brutal. Antiwar protests roiled campuses and mounting violence plunged cities into chaos.

Supporters had urged Robert Kennedy to enter the presidential race as a symbol of the happier times before his brother's death. But he soon found that restoring idealism would require more than nostalgia. He decided to take on Johnson and endorse withdrawal from Vietnam.

Kennedy was something of a latecomer to both positions, following a path blazed by Senator Eugene McCarthy. Still, Kennedy's stature was such that his shifts shook the Democratic Party, prompting Johnson to withdraw from the presidential race.

But a campaign that initially added to the turbulence of the era soon began to quell it. After King was shot, Kennedy was uniquely positioned to be a healer: He himself had been buffeted by political violence.

"For those of you who are black and are tempted to be filled with hatred and mistrust of the injustice of such an act, against all white people, I would only say that I can also feel in my own heart the same kind of feeling," Kennedy said. "I had a member of my family killed, but he was killed by a white man."

Robert Kennedy's assassination, two months later, became a final link in a chain of grief connecting him with his brother and King. But now his image is as distinct as those of the other two, and his meaning as a political figure is clearer now than in 1968.

"He kindled a sense in many that they might witness and help to produce profound historical change within their own lifetimes," said University of New Hampshire historian Ellen Fitzpatrick.

But if that sounds like a prelude to an Obama commercial, think again: When Robert Kennedy was attorney general, blacks were still blocked from voting in many places.

"The struggles of the civil rights movement, and the changes that took place, of which Robert Kennedy was a product and a force, have made possible the entry of Barack Obama into American politics," Fitzpatrick said. "To make comparisons between them really denies the historical moment that Kennedy was part of. I think we do better to acknowledge that than to somehow flatten history and to say that we're reliving the past."