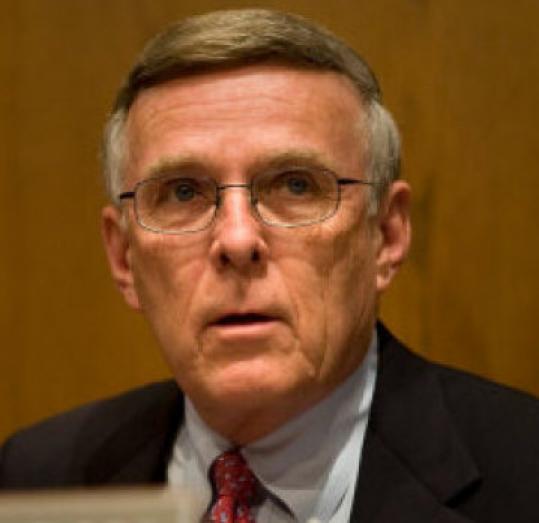 WASHINGTON - Jittery about a political backlash over gasoline costs as prices set yet another record yesterday, Congress voted to halt deliveries to the Strategic Petroleum Reserve in defiance of President Bush.

The action was expected to have a modest effect on pump prices, saving motorists an estimated 2 to 5 cents a gallon, backers said. But its overwhelming support, including from Bush's usual GOP allies, underscored the potency of fuel costs as a campaign issue this year.

The measure will probably be one of the few Congress approves this year in response to public angst at the pump as Democrats and Republicans agreed on little else yesterday to bring down prices.

Senators approved the measure by a veto-proof majority of 97 to 1. The two Democratic presidential candidates, Senators Barack Obama of Illinois and Hillary Clinton of New York, returned to the Capitol to vote for the measure. Senator John McCain of Arizona supported the measure but was absent for the vote.

The House later followed suit, approving it 385 to 25.

"Why on earth should we be putting oil underground at a time of record-high prices?" Senator Byron Dorgan, Democrat of North Dakota, the measure's chief sponsor, argued. "When the American consumer is being burned at the stake of higher gas prices, the government should not be carrying the wood."

Bush has resisted calls to suspend the delivery of about 70,000 barrels a day to the emergency stockpile, contending it would have little influence on prices in a nation that uses about 21 million barrels a day, while weakening the nation's energy security. Instead, Bush has assailed Congress for not doing enough to spur domestic production.

"Stopping the fill of the Strategic Petroleum Reserve has been tried before, and there is no evidence that it will affect the price of oil or gasoline in a meaningful way," White House spokesman Scott Stanzel said yesterday. But he said Bush would not veto the measure.

Although Bush now opposes suspending deliveries to the reserve, he halted deposits in 2006, saying it would leave more oil on the market.

"Every little bit helps," he said at the time.

About 700 million barrels of oil are stored in the underground reserve on the Gulf Coast, established after the 1973 Arab oil embargo to protect against supply cutoffs.

Lawmakers who, unlike Bush, face reelection, were anxious to show they were doing something to respond to the high prices before they break for Memorial Day, the traditional start of the summer driving season, even though there is little they can do in the short term to provide relief.

Senator Pete Domenici, Republican of New Mexico, who is retiring from the Senate, had resisted suspending deliveries to the reserve, but said he changed his mind after oil prices soared. The lone Senate dissenter, Wayne Allard, Republican of Colorado, is also retiring. "Voting only to stop filling the Strategic Petroleum Reserve without doing anything to increase domestic production and lessening our dependence on foreign oil is a disservice to the American people," Allard said.

The measure's approval came as the national average price for a gallon of regular gasoline hit a record of more than $3.73, up from $3.07 a year ago, according to AAA.

Representative Joe Barton of Texas, the top Republican on the House Energy and Commerce Committee, scoffed at Democratic efforts to portray the suspension in deliveries to the reserve as a significant step. He suggested it would have no more effect than if members of Congress "clapped our hands three times and said, 'Down prices, down prices, down prices.' "

The action was supported by industries struggling with high fuel costs, including trucking companies and airlines. But Charlie Drevna, president of the National Petrochemical & Refiners Association, said measures involving the reserve should be only for emergencies, "not in an attempt to temporarily manipulate fuel prices."

The House and Senate measures would suspend deliveries to the reserve for the remainder of the year, unless oil drops below $75 a barrel.

The two chambers still must agree on the form of the bill before sending it to the White House. The Senate measure was passed as an amendment to another bill, while the House passed it as stand-alone legislation.

A Democratic proposal to impose a windfall profits tax on oil companies, roll back tax breaks for the industry, and provide new protections against price-gouging is expected to face a GOP-led filibuster when it reaches the Senate floor as early as next week.