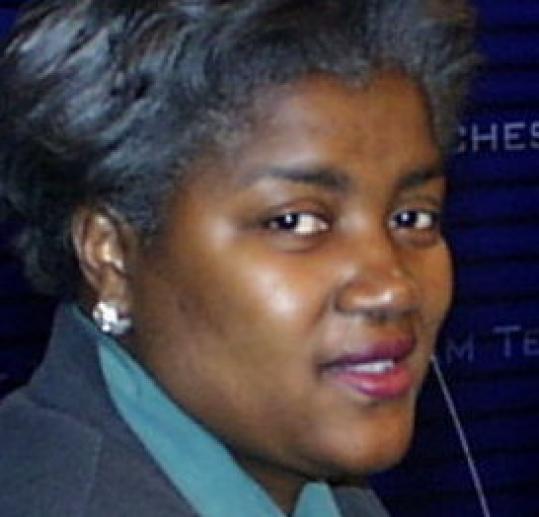 RALEIGH, N.C. - Until he endorsed Barack Obama yesterday, Jerry Meek, the chairman of the North Carolina Democratic Party, had perfected the role of the uncommitted superdelegate. He dispensed balanced comments about what's best for the party while weighing entreaties from both Obama and Hillary Clinton - waiting, he said, for the results of his state's primary.

But Meek's indecision was a pose. In the privacy of an early polling location at a Raleigh arts center a week ago, Meek took a ballot with Clinton and Obama's names and made a mark next to one of them. At the time, only Meek's fiancée knew which box he checked. "I'm pretty good about keeping secrets," he said.

A lot of Meek's peers have been working on their secret-keeping skills. Scores of officially uncommitted superdelegates have voted in the Democratic presidential race, including such subjects of ongoing speculation as Al Gore and Nancy Pelosi. While some say that additional factors will affect how they vote at the party's convention, others are just staying silent about their preference. For them, what happens in the voting booth will stay in the voting booth - for now, at least.

"When you go into the polling booth you pull the curtain - it's a secret ballot. That's why they have the curtain," said Pennsylvania Representative Bob Brady, who has yet to endorse a candidate but nonetheless cast his vote at his Philadelphia polling place two weeks ago. "I intend to make it public at the right time."

Don Bivens, who chairs the Arizona Democratic Party, said that his wife and children are the only ones who know how he voted - after they asked him "before, during, and after" his decision-making process.

Donna Brazile, the Democratic strategist and superdelegate from Washington D.C., insists that she has kept her preference secret, adding, "I have not spoken to anyone including my Pomeranian who is deeply committed to one of the candidates."

Not every superdelegate voted when given the chance. Cindy Spanyers, an Alaska superdelegate now wrestling with "the most difficult decision I've ever had to make," was busy assisting voters in Juneau who were confused about the state's caucus system on Super Tuesday and did not pick a side herself.

When Nevada held its first caucus in January, Senate majority leader Harry Reid went to a community center caucus site next door to Harry Reid Elementary School in Searchlight, his hometown. But while the rest of the room split between Clinton, Obama, and John Edwards, Reid and his wife stood alone in a corner representing none-of-the-above.

"He felt it was important to participate in the caucuses," said Jim Manley, a Reid spokesman. "He had the option of choosing uncommitted and that's what he chose."

Howard Dean, the Democratic National Committee chairman, took a similar approach. According to a party spokesman, Dean returned to Burlington, Vt., for that state's March primary, but left blank the presidential line on his ballot.

"It goes with the territory: You really have to be very careful and evenhanded and fair-minded," said Paul G. Kirk Jr., who was DNC chairman during the 1988 election. At the time, Kirk kept mum about his vote in the Massachusetts primary for Michael S. Dukakis - even though both hailed from Massachusetts and Kirk had risen in the party during Dukakis's governorship.

While some, like Meek, were waiting for the right time to endorse, many superdelegates said they are preserving the option that the candidate they chose in the voting booth might not be the one they back on the convention floor.

"I plan to keep my 'secret' for a few more weeks," Brazile wrote in an e-mail. "Also, I plan to keep secret the metric I might use - a combination of electability, the will of the people, and a candidate who can help unify the party."

While their preferences have been the subject of intense speculation, it appears that few superdelegates have been confronted directly how they cast their votes.

"No one's asked," Pennsylvania's Brady told a reporter this week. "You're the first person to ask."

After he withdrew from the race in January, Senator Joseph Biden wrote an op-ed article for the Wilmington News-Journal in which he directed his fellow Delawareans not to "cast symbolic votes" for him in the state's Feb. 5 primary.

Not until last month was Biden asked which box he checked, according to a spokeswoman. When a reporter from the News-Journal pressed him, he finally divulged his secret: Biden had voted for himself.