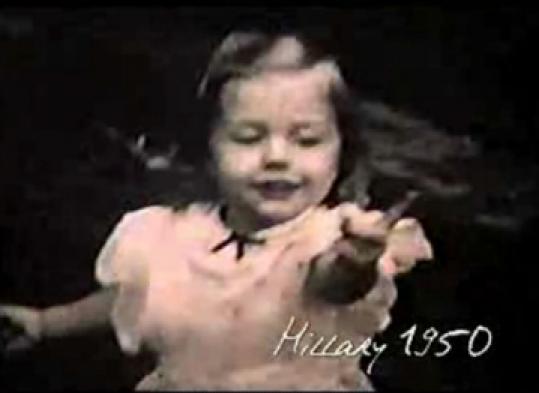 Barack Obama is closing steadily in polls in Pennsylvania, where he hopes to finally knock out Hillary Clinton from the Democratic race.

A Quinnipiac University poll out yesterday had Clinton leading 50 percent to 44 percent, but that 6-point edge is down from 9 percentage points last week and 12 points in mid-March in the same survey. The new poll, conducted Thursday through Sunday among 1,340 likely Democratic voters, had a sampling error margin of plus or minus 2.7 percentage points.

Obama is being buoyed leading up to the April 22 primary in Pennsylvania by a barrage of TV ads; as of Sunday, the senator from Illinois had spent $3.6 million in the state to Clinton's $1.3 million, according to data compiled by TNS Media Intelligence/Campaign Media Analysis Group. Obama is currently spending an unprecedented $2.2 million per week on television, said Democratic media consultant Neil Oxman, who is not working for a candidate. "That's unbelievable," Oxman said.

Obama is also being helped by nearly $1 million worth of door-to-door canvassing from the Service Employees International Union and a local healthcare union.

With her lead in the polls dwindling, Clinton is flooding the state's airwaves with new TV ads.

The five ads include glowing praise from her highest-profile supporters in the state, Governor Ed Rendell and Mayor Michael Nutter of Philadelphia. Rendell predicts the senator from New York will be a "spectacular president." "It's going to take a fighter to get us out of the mess this country's in," he says, citing her proposals on jobs and healthcare. "When she believes something has to be done, she just won't quit."

Another ad is a sepia-tone ode to Clinton's family ties to Scranton, where she says she was raised "on pinochle and the American dream." There is also a Spanish-language spot and another, which has aired in earlier-voting states, that emphasizes economic populism.

"Clinton, no doubt with the new ads, is going to start to turn up the volume in Pennsylvania," said Evan Tracey, head of TNS Media.

As of Sunday, Obama was running three statewide ads and had a Spanish-language ad in Philadelphia. Yesterday, he introduced four more spots, including one featuring his wife, Michelle, his half sister, and his grandmother.

As her ads went up, the Clinton campaign sent out a fund-raising appeal.

"Don't let a sea of Obama ads overwhelm our powerful message in Pennsylvania," an e-mail to supporters says. "Contribute now."