Woman's odyssey to New York lands her at center of scandal 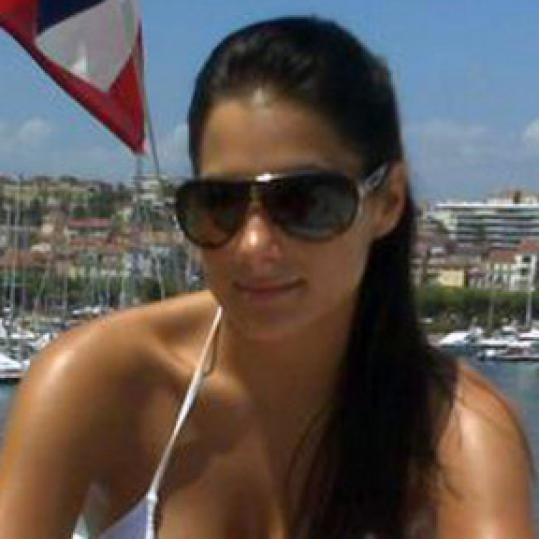 NEW YORK - She left a broken home on the Jersey Shore at 17 and came to New York City to work the nightclubs as a rhythm-and-blues singer. Now, at 22, she is the unwitting, and as yet unseen, star of the seamy drama that is the downfall of Governor Eliot Spitzer.

"Kristen," the high-priced prostitute described in a federal affidavit as having a Feb. 13 rendezvous with Spitzer at the Mayflower Hotel in Washington, has spent the last few days in her ninth-floor rental in an upscale apartment building in Manhattan's Flatiron district. On Monday, she made a brief appearance in federal court as a witness in the case against four people charged with operating the prostitution ring, Emperor's Club VIP.

In a series of telephone interviews on Tuesday night, she said she had slept very little over the past week due to the stress from the case. "I just don't want to be thought of as a monster," the woman said.

Born Ashley Youmans but now known as Ashley Alexandra Dupre, she spoke softly and with good humor as she added: "This has been a very difficult time. It is complicated."

She has not been charged. The lawyer appointed to represent her, Don D. Buchwald, told a magistrate in court on Monday that she had been subpoenaed to testify in a grand jury investigation. Asked to swear that she had accurately filled out and signed a court financial affidavit, she said "yes" twice.

A person with knowledge of the Emperor's Club operation confirmed that the woman interviewed by The was the woman identified as Kristen in the affidavit. Buchwald confirmed various details of Dupre's background but would not discuss the contents of the affidavit.

On her MySpace page as it appeared yesterday morning, Dupre described her "odyssey to New York from New Jersey through North Carolina, Miami, D.C., Virginia and Austin, Texas." Public records show that she lived in Belmar, N.J., in 2001 and in North Carolina in 2003. She owns a company, created in 2005, called Pasche New York, which her lawyer said was an entertainment business designed to further her singing career.

Music is her first love, and on the MySpace page, Dupre mentions Patsy Cline, Frank Sinatra, Christina Aguilera, and Lauryn Hill among a long list of influences, including her brother, Kyle.

She left "a broken family" at age 17, having been abused, according to the MySpace page, and has used drugs, "been broke and homeless."

"But I made it," she continues. "I'm still here, and I love who I am. If I never went through the hard times, I would not be able to appreciate the good ones. Cliche, yes, but I know it's true."

Carolyn Capalbo, 46, Dupre's mother, said that she attended Wall High School in Belmar until her sophomore year, when she moved to North Carolina. "She was a young kid with typical teenage rebellion issues, but we are extremely close now," Capalbo said in a telephone interview yesterday.

In 2006, Dupre changed her legal name, according to records in Monmouth County Superior Court, from Ashley R. Youmans to Ashley Rae Maika DiPietro. But in the interview, she referred to herself as Ashley Alexandra Dupre, which is how she is known on MySpace.

In the affidavit, the woman known by the Emperor's Club as Kristen is described as "an American, petite, very pretty brunette, 5 feet 5 inches, and 105 pounds." She apparently was booked at about $1,000-an-hour, placing her in the middle of the seven-diamond scale by which Emperor's prostitutes commanded up to $4,300 an hour.

Capalbo said that she was "shell-shocked" when her daughter called mid-last week and told her she had been working as an escort and was now in trouble with the law. She said she was not sure Dupre realized who Spitzer was when he was her client.

"She is a very bright girl who can handle someone like the governor," Capalbo said in a telephone interview yesterday. "But she also is a 22-year-old, not a 32-year-old or a 42-year-old, and she obviously got involved in something much larger than her."