McCain's victories turn down the volume 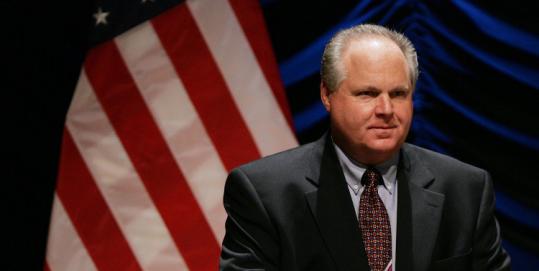 For weeks leading up to Super Tuesday, some of the best-known conservative radio hosts in the nation and region filled the airwaves with a constant message: Don't vote for John McCain. Angered by his record on tax cuts and immigration and convinced that he lacked conservative credentials, they kept up a constant drumbeat for Mitt Romney.

Across much of the nation Tuesday, Republican primary voters ignored that advice, solidifying McCain's status as the GOP front-runner. And yesterday, some on the left were quick to declare victory. "Super Tuesday's Biggest Loser: Rush Limbaugh" blared a headline on the liberal websiteAlterNet.org, referring to the nation's most popular conservative radio host.

Michael Harrison, publisher of the talk radio trade magazine Talkers, said he has been deluged with calls from reporters, asking if Limbaugh has lost his influence.

Harrison's take: No. Because Limbaugh, he says, probably did not expect to sway the vote.

Where margins are slim or new issues can be raised, talk radio can influence politics, Harrison said. In 2003, talk show hosts raised the drumbeat to recall then-California Governor Gray Davis. In 2000, talk radio might have helped to sway votes in the paper-thin presidential race in Florida.

But in an election this broad and amorphous, Harrison said, Limbaugh's reach is limited. By some estimates, he reaches 20 million listeners nationwide. Talkers puts the number closer to 13.5 million each week. That's not enough to shift a nationwide election, Harrison said - especially since some of those listeners tune in because they do not agree.

Limbaugh's genius this election cycle, Harrison said, is that he found a way to insert himself into the political conversation.

"Talk radio is a matter of hosts seeing which way the parade goes, standing in front of it, trying to appear to be the grandmaster," Harrison said.

Those goals often bear a marked contrast to talk radio's on-air bluster. Hosts often talk, after all, of swaying the masses and representing a movement.

When Bob Dole, a former senator and GOP presidential nominee, rushed to McCain's defense in recent weeks, some radio hosts fought back vociferously.

"A four-time loser is going to lecture talk radio and tell them to be quiet?" national host Laura Ingraham said at the time. "Are you kidding me? Is that really how you think we're going to move the conservative movement forward?"

But radio hosts' success lies in finding an audience inclined to agree with them, said Jay Severin, an outspoken Romney supporter who hosts an afternoon talk show on Boston's WTKK-FM.

"We do not manufacture opinion. We reflect it," Severin said in a telephone interview yesterday. "It's a virtually impossible task for a stranger - for someone on the radio - to take someone from zero to 60 on a particular issue."

Severin said his own audience includes many people who voted for Romney in the Massachusetts primary Tuesday and those who would never vote for McCain. And he contends that many in the country share that view - enough, perhaps, to sway a general election.

"I think they've made their case against me pretty eloquently, and I think the majority of Republicans across the board have stated their view," the Arizona senator said at a news conference in Phoenix, referring to right-wing hosts and commentators.

McCain said he has no plans to reach out to on-air foes. But he said he believed the two sides could find common ground.

"I do hope that at some point we would just calm down a little bit and see if there's areas we can agree on," he said.

If McCain turns out to be the nominee, some make-up kisses could be in order. On Fox News Channel on Tuesday night, Ingraham said she'll support McCain if he becomes the nominee.

But Severin said he won't give up the anti-McCain drumbeat.

He said he'll tell his listeners that he will stay home rather than vote for McCain, since he believes McCain and the Democrats would champion similar policies.

Material from the Associated Press was used in this report. Joanna Weiss can be reached at weiss@globe.com